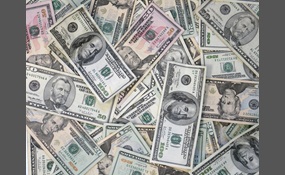 What is your favorite school of economics?

As founded by Milton Friedman. This school of economic thought focuses on monetary policy to drive the economy. Other than that, it teaches that the government should leave the economy to its own devices. This school is sponsored by the Univers... ity of Chicago   more
6 votes
4 comments
Free market Monetarism - Voter Comments

NelsonKnows says2015-05-14T16:24:40.4006829-05:00
Report Post
The Gov. needs to stay out of the economy. It has no place choosing winner & losers. Supplyside economics considers the needs of the individual. Keynesian economics is centrally planned and notoriously bad for the individual.

As created by Ludwig Von Mises and Friedrich Hayek. This school teaches that money is the surrogate of information, that the economy runs in cycles, there should be no central bank, and the government should take a laissez faire approach to econo... mics   more
2 votes
1 comment
Austrian Economics - Voter Comments

IllinoisanLibertarian says2015-05-15T23:28:24.7309246-05:00
Report Post
Austrian economics and free market monetarism are very similar, you could almost consider them to be in the same category.
Vote & Comment
3

Neo-Keynesian economics is a school of macroeconomic thought that was developed in the post-war period from the writings of John Maynard Keynes. A group of economists, attempted to interpret and formalize Keynes' writings, and to synthesize it with ... the neo-classical models of economics. Their work has become known as the neo-classical synthesis, and created the models that formed the core ideas of neo-Keynesian economics. These ideas dominated mainstream economics in the post-war period, and formed the mainstream of macroeconomic thought in the 1950s, 60s and 70s.In the 1970s a series of developments occurred that shook neo-Keynesian theory. The advent of stagflation, and the work of monetarists like Milton Friedman, cast doubt on neo-Keynesian theories. The result would be a series of new ideas to bring tools to Keynesian analysis that would be capable of explaining the economic events of the 1970s. The next great wave of Keynesian thinking began with the attempt to give Keynesian macroeconomic reasoning a microeconomic basis. The new Keynesians helped create a "new neo-classical synthesis" that currently forms the mainstream of macroeconomic theory   more
1 vote
0 comments
Neo-Keynesian economics - Voter Comments
No Comments
Vote & Comment
4