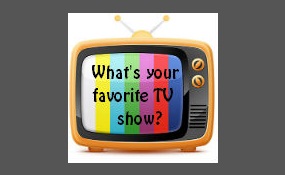 What is Your Favorite TV Show?

There are so many out there...

The Walking Dead is an American post-apocalyptic horror drama television series developed by Frank Darabont. It is based on the comic book series of the same name by Robert Kirkman, Tony Moore, and Charlie Adlard. The series stars Andrew Lincoln as ... sheriff's deputy Rick Grimes, who awakens from a coma to find a post-apocalyptic world dominated by flesh-eating zombies. He sets out to find his family and encounters many other survivors along the way.The Walking Dead premiered on October 31, 2010, on the cable television channel AMC in the United States. It premiered internationally during the first week of November 2010 on Fox International Channels. Based on its reception, AMC renewed the series for a second season of 13 episodes, which premiered on October 16, 2011. Two episodes into the second season, AMC announced that the show would return for a third season of 16 episodes, which began airing on October 14, 2012. On December 21, 2012, AMC renewed The Walking Dead for a fourth season of 16 episodes, which premiered on October 13, 2013. On October 29, 2013, AMC renewed it for a fifth season   more
4 votes
0 comments
The Walking Dead - Voter Comments
No Comments
Vote & Comment
2

Netflix, Inc. (Nasdaq: NFLX) is the world's largest online movie rental service, offering more than 7 million subscribers access to 90,000 DVD titles plus a growing library of over 5,000 full-length movies and television episodes that areavailable f... or instant watching on their PCs. The company's appeal andsuccess are built on providing the most expansive selection of DVDs, aneasy way to choose movies and fast, free delivery. Netflix has beennamed the #1 rated Web site for customer satisfaction for fiveconsecutive periods, according to a semi-annual survey by ForeSeeResults and FGI Research in the spring of 2005, the winter and springof 2006 and the winter and spring of 2007. In the fall of 2005, FastCompany named Netflix the winner of its annual Customers First Award.In January 2007, Netflix was named the Retail Innovator of the Year bythe National Retail Federation.Netflix has revolutionized the way people rent movies - bybringing the movies directly to them. With today's busy lifestyles andconsumers demanding more value and control, it's no wonder that Netflixhas become the preferred online provider of the home entertainmentexperience   more
3 votes
1 comment
Netflix - Voter Comments

Friends is an American television sitcom created by David Crane and Marta Kauffman, which originally aired on NBC from September 22, 1994, to May 6, 2004. It lasted ten seasons and is now in syndication. It revolves around a circle of friends living...  in Manhattan. The series was produced by Bright/Kauffman/Crane Productions, in association with Warner Bros. Television. The original executive producers were Kevin S. Bright, Marta Kauffman, and David Crane.Kauffman and Crane began developing Friends under the title Insomnia Cafe between November and December 1993. They presented the idea to Bright, and together they pitched a seven-page treatment of the show to NBC. After several script rewrites and changes, including a second title change to Friends Like Us, the series was finally named Friends.Filming for the series took place at Warner Bros. Studios in Burbank, California. The series finale, airing on May 6, 2004, was watched by around 52.5 million American viewers, making it the fourth most watched series finale in television history and the most watched episode of the decade   more
3 votes
0 comments
Friends - Voter Comments
No Comments
Vote & Comment
4

Arrested Development is an American television sitcom created by Mitchell Hurwitz, which originally aired on Fox for three seasons from November 2, 2003 to February 10, 2006. A fourth season of 15 episodes was released on Netflix on May 26, 2013. Th... e show follows the fictitious Bluth family, a formerly wealthy and habitually dysfunctional family, and is presented in a continuous format, incorporating handheld camera work, narration, archival photos, and historical footage. Ron Howard serves as an executive producer and the series' uncredited narrator. Set in Newport Beach, California, Arrested Development was filmed primarily in Culver City and Marina del Rey.Since its debut in 2003, the series has received widespread critical acclaim, six Primetime Emmy Awards, and one Golden Globe Award, and has attracted a cult following, including several fan-based websites. In 2007, Time listed it among the magazine's "All-TIME 100 TV Shows". In 2008, the show was ranked 16th on Entertainment Weekly's "New TV Classics" list. In 2011, IGN named Arrested Development the "funniest show of all time"   more
2 votes
0 comments
Arrested Development - Voter Comments
No Comments
Vote & Comment
5

Breaking Bad is an American crime drama television series created and produced by Vince Gilligan. The show originally aired on the AMC network for five seasons, from January 20, 2008 to September 29, 2013. The main character is Walter White, a strug... gling high school chemistry teacher who is diagnosed with inoperable lung cancer at the beginning of the series. He turns to a life of crime, producing and selling methamphetamine, in order to secure his family's financial future before he dies, teaming with his former student, Jesse Pinkman. The show was set and produced in Albuquerque, New Mexico.Throughout the series, Walter produces and sells meth to earn money in order to secure the financial future of his family: his wife Skyler, and children Walter, Jr. And Holly. The show also features Skyler's sister Marie Schrader, and her husband Hank, a Drug Enforcement Administration agent who is determined to solve the case involving the meth empire. Walter teams up with lawyer Saul Goodman, who helps him get into contact with drug kingpin Gus Fring. In the fifth season, Walter heavily involves himself with Mike Ehrmantraut, Todd Alquist and Lydia Rodarte-Quayle   more
1 vote
0 comments
Breaking Bad - Voter Comments
No Comments
Vote & Comment
6

America's Got Talent is an American reality television series on the NBC television network, and part of the global British Got Talent franchise. It is a talent show that features singers, dancers, magicians, comedians, and other performers of all a... ges competing for the advertised top prize of one million dollars. The show debuted in June 2006 for the summer television season. From season three onwards, the prize includes the one million dollars, payable in a financial annuity over 40 years, and a chance to headline a show on the Las Vegas Strip. Among its significant features is that it gives an opportunity to talented amateurs or unknown performers, with the results decided by an audience vote. The format is a popular one and has often been reworked for television in the United States and the United Kingdom.This incarnation was created by Simon Cowell, and was originally due to be a 2005 British series called Paul O'Grady's Got Talent but was postponed due to O'Grady's acrimonious split with broadcaster ITV. As such, the American version became the first full series of the franchise   more
1 vote
0 comments
America's Got Talent - Voter Comments
No Comments
Vote & Comment
7

Dancing with the Stars

Dancing with the Stars is an American dance competition show airing since 2005 on ABC in the United States, and CTV/CTV Two in Canada. The show is the American version of the British television series Strictly Come Dancing. Tom Bergeron is the Emmy-... winning host, alongside Erin Andrews, who is the new co-host for season eighteen. Lisa Canning was co-host in season one, Samantha Harris co-hosted seasons two through nine and Brooke Burke-Charvet in seasons ten through seventeen. The show has been renewed for a nineteenth season.The contestant pairs consist of a celebrity paired with a professional dancer. Past celebrity contestants include professional and Olympic athletes, supermodels, actors, singers, astronauts, and teen-heartthrobs. Each couple performs predetermined dances and competes against the others for judges' points and audience votes. The couple receiving the lowest combined total of judges' points and audience votes is eliminated each week until only the champion dance pair remains   more
1 vote
0 comments
Dancing with the Stars - Voter Comments
No Comments
Vote & Comment
8

Big Brother is a television reality game show based on an originally Dutch TV series of the same name created by producer John de Mol in 1997. The show follows a group of houseguests living together 24 hours a day in the "Big Brother" house, isolate... d from the outside world but under constant surveillance with no privacy for three months. Since its television debut in 2000, Big Brother has run continuously with at least one season of the show airing each year. It is currently the second longest running version in the world to have done so, after the Spanish version. The houseguests compete for the chance to win a $500,000 grand prize by avoiding weekly eviction, and in second place is awarded $50,000. The hit American series is hosted by television personality Julie Chen. Produced by Allison Grodner and Rich Meehan for Fly On The Wall Entertainment, it currently airs in the United States on CBS and in Canada on Global.The show's debut season followed the format of most international editions of the series, in which a group of contestants live together and are voted off each week by the viewers   more
1 vote
1 comment
Big Brother - Voter Comments

SamanthaShirley1 says2015-02-14T13:20:42.5349625-06:00
Report Post
PBS Newshour is really my favorite show, but, Big brother is the best choice out of all these shows. The reason why I voted because, The Walking Dead is another option and The Walking Dead is litterly the worst show in the world.
Vote & Comment
9

Star Trek is an American science fiction television series created by Gene Roddenberry that follows the adventures of the starship USS Enterprise and its crew. It later acquired the retronym of Star Trek: The Original Series to distinguish the show ... within the media franchise that it began.The show is set in the Milky Way galaxy, roughly during the 2260s. The ship and crew are led by Captain James T. Kirk, first officer and science officer Spock, and chief medical officer Leonard McCoy. Shatner's voice-over introduction during each episode's opening credits stated the starship's purpose:Space: the final frontier. These are the voyages of the starship Enterprise. Its five-year mission: to explore strange new worlds, to seek out new life and new civilizations, to boldly go where no man has gone before.The series was produced 1966–67 by Desilu Productions, and by Paramount Television 1968–69. Star Trek aired on NBC from September 8, 1966 to June 3, 1969. Star Trek '​s Nielsen ratings while on NBC were low, and the network canceled it after three seasons and 79 episodes   more
1 vote
0 comments
Star Trek: The Original Series - Voter Comments
No Comments
Vote & Comment
10

American Idol is an American singing competition series created by Simon Fuller and produced by 19 Entertainment, and distributed by FremantleMedia North America. It began airing on Fox on June 11, 2002, as an addition to the Idols format based on t... he British series Pop Idol and has since become one of the most successful shows in the history of American television. For an unprecedented eight consecutive years, from the 2003–04 television season through the 2010–11 season, either its performance or result show had been ranked number one in U.S. television ratings.The concept of the series is to find new solo recording artists where the winner is determined by the viewers in America. Winners chosen by viewers through telephone, Internet, and SMS text voting were Kelly Clarkson, Ruben Studdard, Fantasia Barrino, Carrie Underwood, Taylor Hicks, Jordin Sparks, David Cook, Kris Allen, Lee DeWyze, Scotty McCreery, Phillip Phillips, Candice Glover and Caleb Johnson.American Idol employs a panel of judges who critique the contestants' performances   more
0 votes
0 comments
American Idol - Voter Comments
No Comments
Vote & Comment
12

ITS THE RiFF RAFF

ITS THE RAFF RiFF

I am literally in love with Riff Raff

If you see somebody hatin, point em out