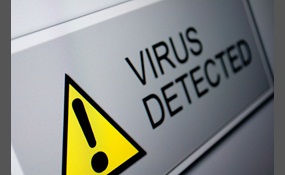 What is Your Favourite Antivirus?

Liked this, participate in more polls on my profile....(Add Options Please)...

Norton AntiVirus, developed and distributed by Symantec Corporation, provides malware prevention and removal during a subscription period. It uses signatures and heuristics to identify viruses. Other features include e-mail spam filtering and phishi... ng protection.Symantec distributes the product as a download, a box copy, and as OEM software. Norton AntiVirus and Norton Internet Security, a related product, held a 61% US retail market share for security suites as of the first half of 2007. Competitors, in terms of market share in this study, include antivirus products from CA, Trend Micro, and Kaspersky Lab.Norton AntiVirus runs on Microsoft Windows and Mac OS X. Windows 7 support is in development for versions 2006 through 2008. Version 2009 has Windows 7 supported update already. Versions 2010, 2011, and 2012 all natively support Windows 7, without needing an update. Version 12 is the only version fully compatible with Mac OS X Lion   more
4 votes
1 comment
Norton AntiVirus - Voter Comments

ESET is an IT security company headquartered in Bratislava, Slovakia that was founded in 1992 by the merger of two private companies. The company was awarded as the most successful Slovak company in 2008, 2009 and 2010. ESET is privately held and ha... s branch offices in San Diego, United States; Montreal, Canada; Buenos Aires, Argentina; São Paulo, Brazil; Prague, Czech Republic; Kraków, Poland; and Singapore as well as distributors in over 180 countries.ESET offers antivirus products like ESET NOD32 and competes in the antivirus industry against Avira, BullGuard, Comodo Group,F-Secure, Frisk, Kaspersky, McAfee, Panda Security, Sophos, Symantec, and Trend Micro among others   more
1 vote
0 comments
ESET NOD32 or Security Suit - Voter Comments
No Comments
Vote & Comment
7