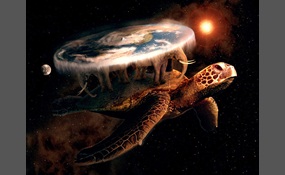 What Is Your Favourite Discworld Main Character?

I only counted those that actually have multiple books (like a Discworld sub-category) written primarily from their point of view, otherwise the list would get really crowded really fast.

The Grim Reaper of the Disc. At times very cold ('There's no justice. There's just me'), at times oddly warm (adopted a girl, cares for his granddaughter Susan of Sto Helit). Repeatedly tries to understand life, leaving his job temporarily and alway... s creating a mess, by e.g. trying to forget (for which he, for example, employs excessive drinking and joining the Klatchian Foreign Legion)   more
1 vote
1 comment
Death - Voter Comments

Lemmingburgh says2015-05-12T20:06:25.0059910-05:00
Report Post
Hilarious and heartwarming. My definite favourite, with only Rincewind being a significant of contender to that position. So intelligent yet so marvellously non-understanding when it comes to humanity. If had to construct my own ideal safe, comfortable place, the Discworld's (not-so) Grim Reaper would be there with me.
Vote & Comment
2

Teenage/young adult granddaughter of Death. Has some supernatural/abnormal abilities (like seeing things that are actually there, as opposed to seeing things that are not there, which lots of people do), very sarcastic, and in multiple instances for... ced to jump in for death, e.g. to meddle in the affairs of humans (which Death is not allowed to do) or substitute for him when he decides to leave and discover life   more
0 votes
0 comments
Susan Sto Helit - Voter Comments
No Comments
Vote & Comment
3

Commander of the Ankh-Morpork City Watch. Raises (or helps in raising, anyway) the City Watch from a troupe of three men with a drunk commander to a formidable force in protecting Ankh-Morpork from unlicensed crime.
0 votes
0 comments
Samuel Vimes - Voter Comments
No Comments
Vote & Comment
4

A former conman who is half-unwillingly recruited into the service of Lord Havelock Vetinary, Patrician of Ankh-Morpork, first to bring the ailing postal service back and then to make the costly bank and royal mint efficient. Invents the stamp and t... he banknote. Also features in the latest Discworld novel, 'Raising Steam', but sadly I have not read that (yet)   more
0 votes
0 comments
Moist Von Lipwig - Voter Comments
No Comments
Vote & Comment
5

A witch from the hubwards, mountainous country of Lancre. Together with her friends, she assists in reinstating the rightful king to the throne of Lancre (or that was her intention, anyways), stopping an evil happy-ending-obsessed fairy, stopping an...  elvish invasion of Discworld, etc   more
0 votes
0 comments
Granny Weatherwax - Voter Comments
No Comments
Vote & Comment
6

A young witch, who interacts with the 'Wee Free Men', a type of very small and very rowdy fairy. Is temporarily possessed by a hiver. More the children's book style of Discworld character, as all her books were written for younger readers.
0 votes
0 comments
Tiffany - Voter Comments
No Comments
Vote & Comment
7