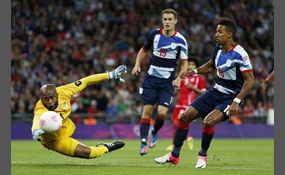 What Is Your Favourite Sports?

Sailing is the propulsion of a vehicle and the control of its movement with large foils called sails. By changing the rigging, rudder, and sometimes the keel or centreboard, a sailor manages the force of the wind on the sails in order to move the ve... ssel relative to its surrounding medium and change its direction and speed. Mastery of the skill requires experience in varying wind and sea conditions, as well as knowledge concerning sailboats themselves and an understanding of one's surroundings.While there are still some places in the world where sail-powered passenger, fishing and trading vessels are used, these craft have become rarer as internal combustion engines have become economically viable in even the poorest and most remote areas. In most countries sailing is enjoyed as a recreational activity or as a sport. Recreational sailing or yachting can be divided into racing and cruising. Cruising can include extended offshore and ocean-crossing trips, coastal sailing within sight of land, and daysailing   more
1 vote
0 comments
Sailing - Voter Comments
No Comments
Vote & Comment
4

Amateur wrestling is the most widespread form of sport wrestling. There are two international wrestling styles performed in the Olympic Games under the supervision of FILA: Greco-Roman and freestyle. Freestyle is possibly derived from the English La... ncashire style. A similar style, commonly called collegiate, is practiced in colleges and universities, secondary schools, middle schools, and among younger age groups in the United States. Where the style is not specified, this article refers to the international styles of competition on a mat. In February 2013, the IOC voted to remove the sport from the 2020 Summer Olympics onwards. On 8 September 2013, the IOC announced that wrestling would return to the Summer Olympics in 2020   more
1 vote
0 comments
Amateur wrestling - Voter Comments
No Comments
Vote & Comment
7

Baseball is a bat-and-ball game played between two teams of nine players each who take turns batting and fielding.The offense attempts to score runs by hitting a ball thrown by the pitcher with a bat and moving counter-clockwise around a series of f... our bases: first, second, third, and home plate. A run is scored when a player advances around the bases and returns to home plate.Players on the batting team take turns hitting against the pitcher of the fielding team, which tries to prevent runs by getting hitters out in any of several ways. A player on the batting team who reaches a base safely can later attempt to advance to subsequent bases during teammates' turns batting, such as on a hit or by other means. The teams switch between batting and fielding whenever the fielding team records three outs. One turn batting for both teams, beginning with the visiting team, constitutes an inning. A game comprises nine innings, and the team with the greater number of runs at the end of the game wins.Evolving from older bat-and-ball games, an early form of baseball was being played in England by the mid-18th century   more
1 vote
1 comment
Baseball - Voter Comments