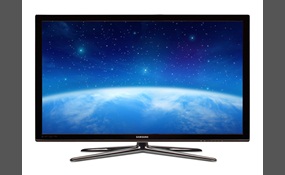 What is your favourite TV show?

Doctor Who is a TV series with first episode airing in 2005.
3 votes
1 comment
Doctor Who - Voter Comments

Game of Thrones is an American fantasy drama television series created for HBO by David Benioff and D. B. Weiss as showrunners and main writers. It is an adaptation of A Song of Ice and Fire, George R. R. Martin's series of fantasy novels, the first...  of which is titled A Game of Thrones. Filmed in a Belfast studio and on location elsewhere in Northern Ireland, Malta, Scotland, Croatia, Iceland, the United States, Spain and Morocco, it premiered on HBO in the United States on April 17, 2011. Two days after the fourth season premiered in April 2014, HBO renewed Game of Thrones for a fifth and sixth season.The series, set on the fictional continents of Westeros and Essos at the end of a decade-long summer, interweaves several plot lines seen through the eyes of a broad ensemble cast. The first narrative arc follows a civil war among several noble houses for the Iron Throne of the Seven Kingdoms; the second covers the rising threat of the impending winter and the legendary creatures and fierce peoples of the North; the third chronicles the attempts of the exiled last scion of the realm's deposed ruling dynasty to reclaim the throne   more
3 votes
0 comments
Game of Thrones - Voter Comments
No Comments
Vote & Comment
4

A comedy of a normal family that does hilarious things in everyday life.
2 votes
0 comments
Modern Family - Voter Comments
No Comments
Vote & Comment
5

Star Wars: The Clone Wars is an American 3D CGI animated television series created by George Lucas and produced by Lucasfilm Animation with the division Lucasfilm Animation Singapore, Lucasfilm and CGCG Inc. The series debuted on the US version of C... artoon Network on October 3, 2008. It is set in the fictional Star Wars galaxy during the same time period as the previous 2D 2003 TV series Star Wars: Clone Wars. Each episode has a running time of 22 minutes to fill a half-hour time slot. In 2007, Star Wars creator George Lucas stated "there will be at least 100 episodes produced [about five seasons]". Dave Filoni is the supervising director of the series. Genndy Tartakovsky, director of the first Clone Wars series, was not involved with the production, but character designer Kilian Plunkett referred to the character designs from the 2D series when designing the characters for the 3D series. There is also an online comic, depicting story-snippets between the single episodes.The first trailer for the series was released on the official Star Wars website on May 8, 2007. The series was launched with an animated feature film, which was released in theaters on August 15, 2008   more
2 votes
2 comments
Star Wars: The Clone Wars - Voter Comments

Reba is an American sitcom starring Reba McEntire, which ran from 2001 to 2007. For the show's first five seasons, it aired on The WB, and crossed over to The CW for its final season. It is one of only a few series on The WB that was not produced by...  Warner Bros. Television   more
1 vote
0 comments
Reba - Voter Comments
No Comments
Vote & Comment
8

Roseanne is an American sitcom that was broadcast on ABC from October 18, 1988, to May 20, 1997. Starring Roseanne Barr, the show revolved around the Conners, an Illinois working-class family. The series reached #1 in the Nielsen ratings becoming th... e most watched television show in the United States from 1989 to 1990, and remained in the top four for six of its nine seasons, and in the top twenty for eight seasons, TV Guide rated "Roseanne" as one of the greatest shows of all time.In 1993, the episode "A Stash from the Past" was ranked #21 on TV Guide's 100 Greatest Episodes of All-Time. In 2002, Roseanne was ranked #35 on TV Guide's 50 Greatest TV Shows of All Time   more
1 vote
0 comments
Roseanne - Voter Comments
No Comments
Vote & Comment
9

Everybody Loves Raymond is an American television sitcom starring Ray Romano, Patricia Heaton, Doris Roberts, Peter Boyle, and Brad Garrett. It originally ran on CBS from September 13, 1996 to May 16, 2005. Many of the situations from the show are b... ased on the real-life experiences of Romano, creator/producer Phil Rosenthal and the show's writing staff. The main characters on the show are loosely based on Romano's and Rosenthal's real-life family members.The show reruns in syndication on various channels, such as TBS, TV Land, and in most TV markets on local stations. The show is still broadcast regularly in the UK. From 2000 to 2007, King World distributed the show for off-network syndication and Warner Bros. International Television handled international distribution. In 2007, CBS Television Distribution took over King World's distribution. CBS only owns American syndication rights; ancillary rights are controlled by HBO and Warner Bros. Television   more
1 vote
0 comments
Everybody Loves Raymond - Voter Comments
No Comments
Vote & Comment
10

A crime and murder show where every episode is a death or 'about to happen' murder. It is an enjoyable show, however the season is over.
1 vote
1 comment
Bones - Voter Comments

The Big Bang Theory is an American sitcom created by Chuck Lorre and Bill Prady, both of whom serve as executive producers on the show along with Steven Molaro. All three also serve as head writers. It premiered on CBS on September 24, 2007. The eig... hth season premiered on September 22, 2014.The show is primarily centered on five characters living in Pasadena, California: roommates Leonard Hofstadter and Sheldon Cooper, both physicists; Penny, a waitress and aspiring actress who lives across the hall; and Leonard and Sheldon's equally geeky and socially awkward friends and co-workers, aerospace engineer Howard Wolowitz and astrophysicist Raj Koothrappali. The geekiness and intellect of the four guys is contrasted for comic effect with Penny's social skills and common sense   more
1 vote
0 comments
The Big Bang Theory - Voter Comments
No Comments
Vote & Comment
13

Marvel's A.K.A. Jessica Jones, or simply A.K.A. Jessica Jones, is an upcoming American television series created for Netflix based on the Marvel Comics character Jessica Jones. It is set in the Marvel Cinematic Universe, sharing continuity with the ... films of the franchise.The series stars Krysten Ritter as Jessica Jones, a former superhero who opens her own detective agency. It is the second in a series of shows that will lead up to a Defenders crossover miniseries, and is produced by Marvel Television and ABC Studios, with Melissa Rosenberg serving as showrunner. The series is set to premiere in 2015   more
0 votes
0 comments
Jessica Jones - Voter Comments
No Comments
Vote & Comment
14

A huge cast is involved in this entertaining history show. All with a burst of comedy and amazement to find out what really happened. Songs, cartoons, dress ups and more are all used to attract attention to this awe-seeking show.
0 votes
0 comments
Horrible Histories - Voter Comments
No Comments
Vote & Comment
16

Two families battle it out for a car and money. A bit like a guessing game and a think on the spot quiz, it is surely got your attention.
0 votes
0 comments
Family Feud - Voter Comments
No Comments
Vote & Comment
No comments yet.
Leave a comment...
(Maximum 900 words)
Privacy Policy | Terms of Use
Sitemap | View Desktop Version
©2020 Debate.org. All rights reserved.