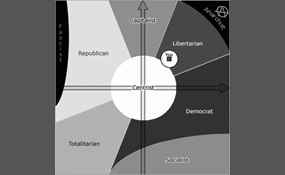 What is your political ideology?

Where do you fit in?

Atique Ahmed is an Indian criminal-politician belonging to the Samajwadi Party. In 2004-2009, he was an SP member of the 14th Lok Sabha from the Phulpur in Uttar Pradesh. From 1999-2003 he was the president of the Apna Dal, founded by Sone Lal Patel... .According to his affidavit in 2014 elections, he has declared that there are 42 cases pending against him, including 6 charges of murder, and 6 for attempted murder, and 4 of kidnapping and abduction. The most sensational murder was that of BSP MLA Raju Pal, who had defeated Atique's brother Ashraf in the 2004 National elections.Ahmed has fought several elections from jail, lodged under various charges   more
0 votes
0 comments
Atique Ahmed - Voter Comments
No Comments
Vote & Comment
10

Muhammad Ali Pasha al-Mas'ud ibn Agha was an Ottoman Albanian commander in the Ottoman army, who became Wāli, and self-declared Khedive of Egypt and Sudan with the Ottoman's temporary approval. Though not a modern nationalist, he is regarded as the ... founder of modern Egypt because of the dramatic reforms in the military, economic and cultural spheres that he instituted. He also ruled Levantine territories outside Egypt. The dynasty that he established would rule Egypt and Sudan until the Egyptian Revolution of 1952 led by Muhammad Naguib   more
0 votes
0 comments
Muhammad Ali of Egypt - Voter Comments
No Comments
Vote & Comment
Leave a comment...
(Maximum 900 words)