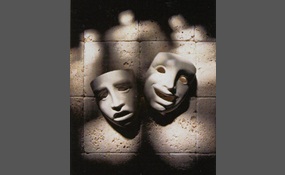 What is your position on human nature?

Human nature dictates most of human behavior and is biologically determined

The fields of behavioral genetics and evolutionary anthropology reveal that there is indeed a biological basis to human nature. Just logically speaking, if behavior is strongly genetically influenced (a premise scientists like Thomas Bouchard have a... lready proven) and all humans are over 99% genetically similar, one can only suspect that the common themes we see in most human societies (war, religion, gender division/roles, competition, violence, in-group bias, etc.) are biologically based. These common biological themes then amalgamate into a collective human nature. This isn't to say that environment doesn't affect behavior, but that biology is a very strong influence   more
10 votes
3 comments
Human nature dictates most of human behavior and is biologically determined - Voter Comments

Harper says2015-06-30T11:55:35.3658729-05:00
Report Post
After reading some scientific literature on behavioral genetics, I became convinced that human behavior is strongly influenced by genes and other biological factors.

Aside from instinctual behaviors, such as the reflex arc, humans are molded by their environment and culture. Thus, there is no such thing as a collective human nature that encompasses conscious human behavior. Most classical theories of human natur... e are usually those that fit within a political goal of keeping human beings divided and controlled, and this is especially true when it comes to in-group biases and gender roles. The former is often used to justify an "us against them" attitude along with other forms of ethnic, national, and racial prejudice, and the latter attempts to justify patriarchal power structures that aim only to keep women marginalized. Additionally, the ideas that humans are warlike by nature and that humans who kill do so because of biological reasons that cannot be mitigated by social intervention are also supported by the powers that be in order to keep up the status quo   more
2 votes
1 comment
Humans are born as blank slates (tabula rasa theory) - Voter Comments