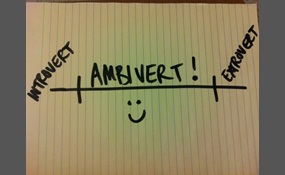 What is your strongest trait in the following poll?

Machiavellianism is, according to the Oxford English Dictionary, "the employment of cunning and duplicity in statecraft or in general conduct", deriving from the Italian Renaissance diplomat and writer Niccolò Machiavelli, who wrote Il Principe, amo... ng other works. The word has a similar use in modern psychology where it describes one of the dark triad personalities, characterized by a duplicitous interpersonal style associated with cynical beliefs and pragmatic morality. "Machiavellian" as a word became very popular in the late 16th century in English, though "Machiavellianism" itself is first cited by the Oxford English Dictionary from 1626   more
14 votes
4 comments
Machiavellianism - Voter Comments

Psychopathy is traditionally defined as a personality disorder characterized by enduring antisocial behavior, diminished empathy and remorse, and disinhibited or bold behavior. It may also be defined as a continuous aspect of personality, representi... ng scores on different personality dimensions found throughout the population in varying combinations. The definition of psychopathy has varied significantly throughout the history of the concept; different definitions continue to be used that are only partly overlapping and sometimes appear contradictory.Hervey M. Cleckley, a US-American psychiatrist, probably influenced the initial diagnostic criteria for antisocial personality reaction/disturbance in the Diagnostic and Statistical Manual of Mental Disorders, as did American psychologist George E. Partridge. The DSM and International Classification of Diseases subsequently introduced the diagnoses of antisocial personality disorder and dissocial personality disorder, stating that these have been referred to as psychopathy or sociopathy. Canadian psychologist Robert D. Hare later repopularised the construct of psychopathy in criminology with his Psychopathy Checklist   more
4 votes
0 comments
Psychopathy - Voter Comments
No Comments
Vote & Comment
3

Narcissism is the pursuit of gratification from vanity or egotistic admiration of one's own attributes. The term originated from the Greek mythology, where the young Narcissus fell in love with his own image reflected in a pool of water.Narcissism i... s a concept in psychoanalytic theory, introduced in Sigmund Freud's On Narcissism. The American Psychiatric Association has the classification Narcissistic personality disorder in its Diagnostic and Statistical Manual of Mental Disorders.Narcissism is also considered a social or cultural problem. It is a factor in trait theory used in some self-report inventories of personality such as the Millon Clinical Multiaxial Inventory. It is one of the three dark triadic personality traits.Except in the sense of primary narcissism or healthy self-love, narcissism is usually considered a problem in a person or group's relationships with self and others. Narcissism is not the same as egocentrism   more
1 vote
0 comments
Narcissism - Voter Comments
No Comments
Vote & Comment
Leave a comment...
(Maximum 900 words)

Thegreatdebate98 says2015-06-09T11:37:58.4833720-05:00
Report Post
Why have Narcissism and Psychopathy as options? Not all Narcissists are Psychopaths, but Psychopaths are Narcissists even if they don't think highly of themselves, they are highly focused on themselves, and not considered with the issues of others.

Preston says2015-06-19T13:53:05.0259195-05:00
Report Post
Psychopaths are Narcissists, Psychopath - a person suffering from chronic mental disorder with abnormal or violent social behavior. This does not require Pride in ones self and a Narcissist is a person who is overly self-involved, and often vain and selfish. Which does not require violent behavior. They are separate.
Privacy Policy | Terms of Use
Sitemap | View Desktop Version
©2020 Debate.org. All rights reserved.