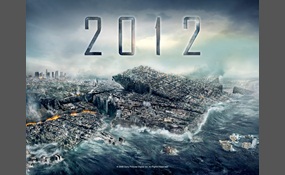 What kind of apocalypse would you rather endure?

Which of the following apocalypses would you rather endure and be more likely to survive?

A contagious disease that spreads through saliva. Humans turn into bloodthirsty animals and the only thing on their mind is to infect or eat other humans.
5 votes
0 comments
Zombie Apocalypse - Voter Comments
No Comments
Vote & Comment
2

The Earth is hit with a massive asteroid, sending enormous tsunamis in all directions and throwing thousands of tons of dust and dirt into the atmosphere. The result is the extreme cooling of the Earth, plants die because of lack of sun, there is li... ttle food and temperatures are very low   more
3 votes
1 comment
Asteroid hitting the Earth - Voter Comments

The world superpowers decide to try to eliminate each other through nuclear weapons. Most land turns into a nuclear wasteland, there is little healthy water, virtually no agriculture and most areas of the globe cannot support life.
3 votes
1 comment
Nuclear Apocalypse - Voter Comments

As a result of the erratic movement of the Earth's tectonic plates, the continents are hit with a series of extreme natural disasters such as tornadoes, hurricanes, earthquakes, volcanic eruptions and tsunamis. The Earth tears itself to pieces (not ... literally)   more
1 vote
0 comments
Series of natural disasters - Voter Comments
No Comments
Vote & Comment
Leave a comment...
(Maximum 900 words)