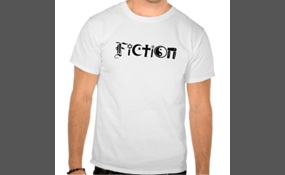 What kind of atheists are you? (only for atheists)

How extreme are you in your atheistic beliefs

You strong believe that there is no deities, you would be very surprised if there was and you are more than willing to debate a theist, but don't fault them too much for being a theist, you just think they're kinds dumb
9 votes
3 comments
Atheist - Voter Comments

Siladheil says2015-06-25T08:51:27.3411963-05:00
Report Post
I don't believe theists are dumb, stupid, or weak minded. I am a firm believer that there are no deities and I have yet to see any proof that there are any deities. I am of the position that if having religion helps you through your day to day and makes you happy, then I am happy for you to have found some sort of happiness. The only thing I can't stand is attempting to force your religion on me or someone who isn't capable of making a well thought out decision on their own.

You strongly disbelieve in any deity, you strongly spite anyone who does, you combat these believes and while continue to do so until the day you die
3 votes
3 comments
Anti-theist - Voter Comments

YoreLore says2015-06-27T12:20:34.0091712-05:00
Report Post
Anti-theist, but I don't like the definition beneach the answer :D . I don't spite people who believe in deities. I am against organised religion and the idea of using a God to answer certain questions etc. I'd say I pity believers more than I spite them. The Agnostic Atheist definition is weird too; "there isn't enough evidence against them for others not to believe them" ...such a logical fallacy to be honest.
Vote & Comment
Leave a comment...
(Maximum 900 words)

Black-Jesus says2015-06-27T12:37:10.3057394-05:00
Report Post
@YoreLore, are you saying that it is a logical fallacy for theists to believe in god(s) because there isn't enough contradicting evidence or are you saying that I worded it in a logically fallacious manner? Because I've talked to a lot of theists who admit to only being theists because of what they see as evidence for the existence of a deity is not contradicted enough by empirical evidence. Of course, even if there was enough contradicting evidence a lot of them would still be theists, but that is besides the point.

YoreLore says2015-06-28T08:03:33.4857598-05:00
Report Post
@Black-Jesus - I read the definition of Agnostic Atheist above as "There isn't enough evidence to prove God doesn't exist, but you can't prove he doesn't exist either". That's what I was meaning. I suppose I believe it's down to the people making extraordinary claims to be the ones to prove it. There's no evidence Zeus doesn't exist etc etc. Perhaps it was the wording.