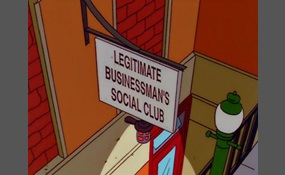 What kind of music do you listen to when browsing DDO?

Feel free to add your own, guys. I'm not advertising anything, just using what, to me, is the most iconic representative of the genre.

I don't listen to music.

Whatever's on my playlist

Power metal is a subgenre of heavy metal combining characteristics of traditional metal with speed metal, often within symphonic context. Generally, power metal is characterized by a more uplifting sound, in contrast to the heaviness and dissonance ... prevalent in styles such as doom metal and death metal. Power metal bands usually have anthem-like songs with fantasy-based subject matter and strong choruses, thus creating a theatrical, dramatic and emotionally "powerful" sound. The term was first used in the middle of the '80s and refers to two different but related styles: the first pioneered and largely practiced in North America with a harder sound similar to speed metal, and a later more widespread and popular style based in Europe, Latin America and Japan, with a lighter, more melodic sound and frequent use of keyboards   more
2 votes
2 comments
Power metal - Voter Comments

Norman Quentin Cook, also known by his stage name Fatboy Slim, is an English DJ, musician, rapper, and record producer. As a solo electronic act, he has won ten MTV Video Music Awards and two Brit Awards. His records as Fatboy Slim also helped to po... pularise the big beat genre, which achieved mainstream popularity in the 1990s.Cook first rose to fame in the 1980s as the bassist of the indie rock band The Housemartins who scored a UK number-one single with their a capella cover of Isley-Jasper-Isley's "Caravan of Love". After the band split, Cook formed Beats International whose début album spawned their signature hit, "Dub Be Good to Me" which was another UK number-one as well as going on to become the seventh best-selling single of 1990 in the UK. Cook then went on to join numerous other acts including Freak Power, Pizzaman and The Mighty Dub Katz to moderate success.Cook adopted the Fatboy Slim moniker in 1996 and released Better Living Through Chemistry to critical acclaim   more
1 vote
0 comments
Fatboy Slim - Voter Comments
No Comments
Vote & Comment
9

Picture in tribute to Imabench, and definitely not because it happens to be the best well-known example at the time of posting or anything. Just let it go, people. But seriously, if you don't have Klendathu Drop somewhere, you haven't lived.
1 vote
1 comment
Movie soundtrack - Voter Comments

Admit it, you have the theme to your favorite show around somewhere.
0 votes
0 comments
TV show soundtrack - Voter Comments
No Comments
Vote & Comment
15

These guys get their own slot. There are those of you reading this who simply must ask: "Is this the real life?"
0 votes
0 comments
Queen - Voter Comments
No Comments
Vote & Comment
19