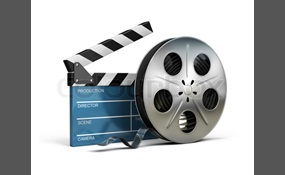 What movies were that you never expected to be even announced?

Some of them that's far ahead have already been announced. There's so many movies I don't think it will be able to send this much at once.

Down is the sequel to up, where the gang goes deep into the earth so russel can earn his earth study patch so he can become a major wilderness explorer.
2 votes
0 comments
Down - Voter Comments
No Comments
Vote & Comment
4

Finding Dory is an upcoming 2016 computer-animated film produced by Pixar Animation Studios and the sequel to the 2003 Pixar film Finding Nemo. Andrew Stanton, who directed the original film, will return as director. The film is scheduled to be rele... ased on June 17, 2016. It has also been confirmed that characters from the first film will appear in the sequel, including Dory, Nemo, Marlin and the "Tank Gang.   more
0 votes
0 comments
Finding Dory - Voter Comments
No Comments
Vote & Comment
8

How to Train Your Dragon 3

Third Planet of the Apes Movie

Night at the Museum 3

SpongeBob SquarePants 2 is an upcoming 2015 American animated film based on the Nickelodeon television series SpongeBob SquarePants, created by Stephen Hillenburg. The film is directed by show writer and executive producer Paul Tibbitt, written by J... onathan Aibel and Glenn Berger, produced by Nickelodeon Movies and Paramount Animation, and will be distributed by Paramount Pictures. It is the sequel to the 2004 film The SpongeBob SquarePants Movie, and stars the regular television cast of Tom Kenny, Bill Fagerbakke, Rodger Bumpass, Clancy Brown, Carolyn Lawrence and Mr. Lawrence, who are returning to reprise their respective roles from the series and the previous film. Spanish actor Antonio Banderas was also cast as a pirate for both the live action and animated segments.The film features live action scenes directed by Mike Mitchell. Shot in Savannah, Georgia and on Tybee Island, filming began on October 9, 2013 in the downtown area, where various establishments were changed to resemble a "beach community" called Salty Shoals. Filming completed on November 5. SpongeBob SquarePants 2 is scheduled to be released in theaters on February 13, 2015   more
0 votes
0 comments
SpongeBob SquarePants 2 (2015) - Voter Comments
No Comments
Vote & Comment
27