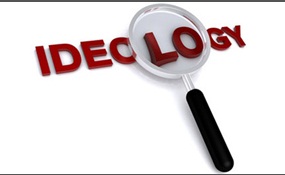 What political ideoligy do you

Conservatism as a political and social philosophy promotes retaining traditional social institutions in the context of the culture and civilization. Some conservatives seek to preserve things as they are, emphasizing stability and continuity, while ... others, called reactionaries, oppose modernism and seek a return to "the way things were". The first established use of the term in a political context originated with François-René de Chateaubriand in 1818, during the period of Bourbon restoration that sought to roll back the policies of the French Revolution. The term, historically associated with right-wing politics, has since been used to describe a wide range of views. There is no single set of policies that are universally regarded as conservative, because the meaning of conservatism depends on what is considered traditional in a given place and time. Thus conservatives from different parts of the world—each upholding their respective traditions—may disagree on a wide range of issues   more
5 votes
0 comments
Conservatism - Voter Comments
No Comments
Vote & Comment
2
VOTING CLOSED

Libertarianism is a political philosophy that upholds liberty as its principal objective. Libertarians seek to maximize autonomy and freedom of choice, emphasizing political freedom, voluntary association and the primacy of individual judgment.Liber... tarians generally share a skepticism of authority; however, they diverge on the scope of their opposition to existing political and economic systems. Various schools of libertarian thought offer a range of views regarding the legitimate functions of state and private power, often calling to restrict or even to wholly dissolve pervasive social institutions. Rather than embodying a singular, rigid systematic theory or ideology, libertarianism has been applied as an umbrella term to a wide range of sometimes discordant political ideas through modern history.Although some present-day libertarians advocate laissez-faire capitalism and strong private property rights, such as in land, infrastructure and natural resources, others, notably libertarian socialists, seek to abolish capitalism and private ownership of the means of production in favor of their common or cooperative ownership and management   more
5 votes
0 comments
Libertarianism - Voter Comments
No Comments
Vote & Comment
3
VOTING CLOSED

Liberalism is a political philosophy or worldview founded on ideas of liberty and equality. Liberals espouse a wide array of views depending on their understanding of these principles, but generally they support ideas such as free and fair elections... , civil rights, freedom of the press, freedom of religion, free trade, and private property.Liberalism first became a distinct political movement during the Age of Enlightenment, when it became popular among philosophers and economists in the Western world. Liberalism rejected the notions, common at the time, of hereditary privilege, state religion, absolute monarchy, and the Divine Right of Kings. The 17th-century philosopher John Locke is often credited with founding liberalism as a distinct philosophical tradition. Locke argued that each man has a natural right to life, liberty and property and according to the social contract, governments must not violate these rights. Liberals opposed traditional conservatism and sought to replace absolutism in government with representative democracy and the rule of law   more
4 votes
0 comments
Liberalism - Voter Comments
No Comments
Vote & Comment
4
VOTING CLOSED

Techno-progressivism maintains that accounts of progress should focus on scientific and technical dimensions, as well as ethical and social ones. For most techno-progressive perspectives, then, the growth of scientific knowledge or the accumulation ... of technological powers will not represent the achievement of proper progress unless and until it is accompanied by a just distribution of the costs, risks, and benefits of these new knowledges and capacities. At the same time, for most techno-progressive critics and advocates, the achievement of better democracy, greater fairness, less violence, and a wider rights culture are all desirable, but inadequate in themselves to confront the quandaries of contemporary technological societies unless and until they are accompanied by progress in science and technology to support and implement these values.[2] Strong techno-progressive positions include support for the civil right of a person to either maintain or modify his or her own mind and body, on his or her own terms, through informed, consensual recourse to, or refusal of, available therapeutic or enabling biomedical technology   more
1 vote
0 comments
Techno-progressivism - Voter Comments
No Comments
Vote & Comment
6
VOTING CLOSED

Anarcho-capitalism is a political philosophy which advocates the elimination of the state in favor of individual sovereignty, private property, and open markets. Anarcho-capitalists believe that in the absence of statute, society would improve itsel... f through the discipline of the free market. In an anarcho-capitalist society, law enforcement, courts, and all other security services would be operated by privately funded competitors rather than centrally through compulsory taxation. Money, along with all other goods and services, would be privately and competitively provided in an open market. Therefore, personal and economic activities under anarcho-capitalism would be regulated by victim-based dispute resolution organizations under tort and contract law, rather than by statute through centrally determined punishment under political monopolies.Various theorists have espoused legal philosophies similar to anarcho-capitalism   more
1 vote
1 comment
Anarcho-capitalism - Voter Comments

EvandrusPrimae says2015-07-28T15:45:55.5470816-05:00
Report Post
I am an anarchist, but there are many shades of anarchism. The "anarcho" part is my belief, the belief that the state is immoral and should not exist. The "-capitalist" part defines what I think would happen if anarchism was a reality. I believe that capitalism (in it's truest form, not the socialism we call capitalism in the U.S. today) would result. Capitalism is, by definition, when trade is in control of private owners, not the state. I believe this is the most likely outcome if the state were to be removed. Among the most popular forms of anarchism, along with anarcho-capitalism, is anarcho-communism. Anarcho-communists believe that if the state were to be disassembled, all property would become public. I think this is a little utopian, because, while total equality (of opportunity and outcome) sounds good, but not all people are going to be willing to share their property with their community. Throughout history, a powerful centralized government has been required to ensure that none of its citizens grow richer than any other ones. This is why I find the term "anarcho-communism" to be contradictory. Sharing of wealth (communism) on a large scale requires a centralized power to ensure that everybody shares, while anarchy is the abolition of the state (government). Anyway, I got a little off topic there. In conclusion, I am an anarcho-capitalist because I believe in the abolition of the state and that capitalism would result in such an abolition. P.S.: I don't think this poll should include the word "political" if it is going to have anarchism and anarcho-capitalism as answers, because politics is the workings of government, and we do not believe in government.
Vote & Comment
7
VOTING CLOSED

Anarchist communism is a theory of anarchism which advocates the abolition of the state, capitalism, wages and private property, and in favor of common ownership of the means of production, direct democracy, and a horizontal network of voluntary ass... ociations and workers' councils with production and consumption based on the guiding principle: "from each according to his ability, to each according to his need".Some forms of anarchist communism such as insurrectionary anarchism are strongly influenced by egoism and radical individualism, believing anarcho-communism is the best social system for the realization of individual freedom. Some anarcho-communists view anarcho-communism as a way of reconciling the opposition between the individual and society.Anarcho-communism developed out of radical socialist currents after the French Revolution but was first formulated as such in the Italian section of the First International. The theoretical work of Peter Kropotkin took importance later as it expanded and developed pro-organizationalist and insurrectionary anti-organizationalist sections   more
1 vote
0 comments
Anarchist communism - Voter Comments
No Comments
Vote & Comment
8
VOTING CLOSED

Anarchism is a political philosophy that advocates stateless societies often defined as self-governed voluntary institutions, but that several authors have defined as more specific institutions based on non-hierarchical free associations. Anarchism ... holds the state to be undesirable, unnecessary, or harmful. While anti-statism is central, anarchism entails opposing authority or hierarchical organisation in the conduct of human relations, including, but not limited to, the state system.As a subtle and anti-dogmatic philosophy, anarchism draws on many currents of thought and strategy. Anarchism does not offer a fixed body of doctrine from a single particular world view, instead fluxing and flowing as a philosophy. There are many types and traditions of anarchism, not all of which are mutually exclusive. Anarchist schools of thought can differ fundamentally, supporting anything from extreme individualism to complete collectivism. Strains of anarchism have often been divided into the categories of social and individualist anarchism or similar dual classifications   more
0 votes
0 comments
Anarchism - Voter Comments
No Comments
Vote & Comment
9
VOTING CLOSED

Communism is a socioeconomic system structured upon common ownership of the means of production and characterized by the absence of social classes, money, and the state; as well as a social, political and economic ideology and movement that aims to ... establish this social order. The movement to develop communism, in its Marxist–Leninist interpretations, significantly influenced the history of the 20th century, which saw intense rivalry between the states which claimed to follow this ideology and their enemies.Communism is most associated with Marxism, which considers itself the embodiment of scientific socialism. According to Marxism, capitalism is a historically necessary stage of society, which has led to the concentration of social classes into two major groups: proletariat - who must work to survive, and who make up a majority of society - and bourgeoisie - a minority who derive profit from employing the proletariat, through private ownership of the means of production. The political, social, and economic conflict between both groups, each attempting to push their interests to their logical extreme, will lead into the capture of political power by the proletariat   more
0 votes
0 comments
Communism - Voter Comments
No Comments
Vote & Comment
No comments yet.
Leave a comment...
(Maximum 900 words)
Privacy Policy | Terms of Use
Sitemap | View Desktop Version
©2020 Debate.org. All rights reserved.