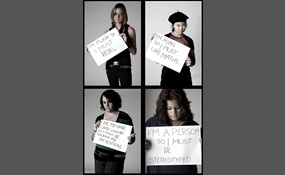 What race would you eliminate?

If you could wipe out any race which one would it be?

The Jews;, also known as the Jewish people, are a nation and ethnoreligious group originating from the Israelites of the Ancient Near East.According to Jewish tradition, Jewish ancestry is traced back to the Biblical patriarchs Abraham, Isaac and Ja... cob, who lived in Canaan around the 18th century BCE. Jacob and his family migrated to Ancient Egypt after being invited to live with Joseph in the Land of Goshen region by Pharaoh himself. Their descendants were later enslaved until the Exodus led by Moses, which is commonly dated to the 13th century BCE. Historically, Jews had evolved mostly from the Tribe of Judah and Simeon, and partially from the Israelite tribes of Binyamin and Levi, who had all together formed the ancient Kingdom of Judah. A closely related group is the Samaritans, who claim descent from the Israelite tribes of Ephraim and Manasseh, while according to the Bible their origin is in the people brought to Israel by the Neo-Assyrian Empire and some Cohanim who taught them how to worship the "native God". The Jewish ethnicity, nationality and religion are strongly interrelated, as Judaism is the traditional faith of the Jewish nation   more
2 votes
0 comments
Jewish people - Voter Comments
No Comments
Vote & Comment
5

jessica044 says2014-06-17T06:55:01.4329407-05:00
Report Post
Hello dear My name is Jessica cudjoe I know that this email will meet you in a good health and also surprisingly but God has his own way of bringing people together. Nice to Meet you i wait impatiently to read from you I would appreciate if you send email to my private email box please reply me with this email ( jessicacudjoe16(at )hotmail.Com ) So I can send my pictures and explained more about me Yours Jessica
Privacy Policy | Terms of Use
Sitemap | View Desktop Version
©2021 Debate.org. All rights reserved.