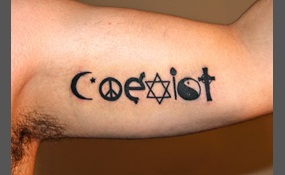 What religion / belief are you of?

PreferNotToBeLabeled says2014-06-27T14:12:43.4254248-05:00
Report Post
If you have doubts about God being real I'm pretty sure that you aren't a believer. If you don't believe in a god that makes you Agnostic, but if you really hate religion and you're 100% sure god is fake then you're Atheist. The only difference between the two in my eyes are the amount of hate towards religion. Atheist don't like religion Agnostics can choose if they want to or not. Either way they both don't worship a god.
Vote & Comment
4

Mythos of the Golden Goddesses

With the exception of the Mustaali and Nizari Ismaili, most of other Ismaili Shi'a Muslims believe in panentheism, meaning God is both reality and transcendent of it. While the figure of the Godhead is beyond this universe, the Godhead has created r... eality, which is the Imam himself. All living beings exist in this reality, and to understand the Imam is to understand reality and truth and thereby gain salvation   more
1 vote
1 comment
Panentheism - Voter Comments

quitbitchin says2014-06-27T13:20:51.2551498-05:00
Report Post
An atheist is a person that doesn't believe in a God or a deity. Which basically means a Buddhist is an atheist since Buddha isn't a God, but a person who has achieved Nirvana. So I would be an atheist but I chose Buddhist.

PreferNotToBeLabeled says2014-06-30T12:29:45.4950263-05:00
Report Post
I didn't mean believe nothing, although I did say that lol. I meant we could trust each other and put faith onto other humans. We would believe in science which is ever changeable and constructed by experience from many different people.