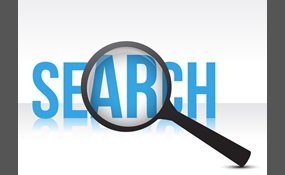 What search browser do you use?

Google Inc. (NASDAQ: GOOG) is an American multinational corporation which provides Internet-related products and services, including internet search, cloud computing, and software and advertising technologies. Advertising revenues from AdWords gener... ate almost all of the company's profits. The company was founded by Larry Page and Sergey Brin while both attended Stanford University. Together, Brin and Page own about 16 percent of the company's stake. Google was first incorporated as a privately held company on September 4, 1998, and its initial public offering followed on August 19, 2004. The company's mission statement from the outset was "to organize the world's information and make it universally accessible and useful" and the company's unofficial slogan is "Don't be evil". In 2006, the company moved to its current headquarters in Mountain View, California. Rapid growth since incorporation has triggered a chain of products, acquisitions, and partnerships beyond the company's core..   more
21 votes
8 comments
Google - Voter Comments

Bing is a web search engine from Microsoft.Bing was unveiled by Microsoft CEO Steve Ballmer on May 28, 2009, at the All Things Digital conference in San Diego, California, for release on June 1, 2009. Notable changes include the listing of search su... ggestions while queries are entered and a list of related searches based on semantic technology from Powerset, which Microsoft purchased in 2008.On July 29, 2009, Microsoft and Yahoo! Announced a deal in which Bing would power Yahoo! Search. All Yahoo! Search global customers and partners were expected to have made the transition by early 2012.In October 2011, Microsoft stated that they were working on new back-end search infrastructure with the goal of delivering faster and slightly more relevant search results for users. Known as "Tiger", the new index-serving technology has been incorporated into Bing globally since August 2011. In May 2012, Microsoft announced another redesign of its search engine that includes "Sidebar", a social feature that searches users' social networks for information relevant to the search query. In September 2013, a new-look Bing was released to tie-in with Microsoft's "Metro" design language   more
2 votes
0 comments
Bing - Voter Comments
No Comments
Vote & Comment
4

Baidu, Inc., incorporated on January 18, 2000, is a Chinese web services company headquartered in the Baidu Campus in Haidian District in Beijing.Baidu offers many services, including a Chinese language-search engine for websites, audio files, and i... mages. Baidu offers 57 search and community services including Baidu Baike and a searchable, keyword-based discussion forum. Baidu was established in 2000 by Robin Li and Eric Xu. Both of the co-founders are Chinese nationals who studied and worked overseas before returning to China. In May 2014, Baidu ranked 5th overall in the Alexa Internet rankings. During Q4 of 2010, it is estimated that there were 4.02 billion search queries in China of which Baidu had a market share of 56.6%. China's Internet-search revenue share in second quarter 2011 by Baidu is 76% In December 2007, Baidu became the first Chinese company to be included in the NASDAQ-100 index.Baidu provides an index of over 740 million web pages, 80 million images, and 10 million multimedia files. Baidu offers multimedia content including MP3 music, and movies, and is the first in China to offer Wireless Application Protocol and personal digital assistant-based mobile search   more
1 vote
0 comments
Baidu - Voter Comments
No Comments
Vote & Comment
5

Ask.Com is a question answering-focused web search engine founded in 1995 by Garrett Gruener and David Warthen in Berkeley, California. The original software was implemented by Gary Chevsky from his own design. Warthen, Chevsky, Justin Grant, and ot... hers built the early AskJeeves.Com website around that core engine. In late 2010, facing insurmountable competition from Google, the company outsourced its web search technology and returned to its roots as a question and answer site. Douglas Leeds was elevated from president to CEO in 2010.Ask.Com is noted for a malware toolbar that can be surreptitiously bundled in with legitimate program installations, and which generally cannot be easily removed from most common browsers once installed.Three venture capital firms, Highland Capital Partners, Institutional Venture Partners, and The RODA Group were early investors. Ask.Com is currently owned by InterActiveCorp under the NASDAQ symbol IAC   more
0 votes
0 comments
Ask.Com - Voter Comments
No Comments
Vote & Comment
7

AOL LLC. (formerly America Online, Inc.) is an American global Internet services and media company operated by Time Warner. AOL is based in Dulles, Virginia.AOL is a leading global Web services company with a substantial andgrowing worldwide audie... nce, a suite of powerful Web brands,industry-leading products and one of the largest and fastest-growingadvertising networks in the United States. In 2006, AOL shifted its strategy to build on these strengths,making its popular e-mail and AOL software, along with other services,available free to anyone with an Internet connection. AOL continues tomove forward on this strategy in 2007, with a focus on growing the sizeof its online audience, increasing the engagement of its users andimproving its ability to monetize its Web audience   more
0 votes
0 comments
AOL - Voter Comments
No Comments
Vote & Comment
8

Yahoo! Inc. Is an American multinational Internet corporation headquartered in Sunnyvale, California. It is globally known for its Web portal, search engine Yahoo Search, and related services, including Yahoo Directory, Yahoo Mail, Yahoo News, Yahoo...  Finance, Yahoo Groups, Yahoo Answers, advertising, online mapping, video sharing, fantasy sports and its social media website. It is one of the most popular sites in the United States. According to news sources, roughly 700 million people visit Yahoo websites every month. Yahoo itself claims it attracts "more than half a billion consumers every month in more than 30 languages."Yahoo was founded by Jerry Yang and David Filo in January 1994 and was incorporated on March 1, 1995. On July 16, 2012, former Google executive Marissa Mayer was named as Yahoo CEO and President, effective July 17, 2012.According to comScore, Yahoo during July 2013 surpassed Google on the number of United States visitors to its Web sites for the first time since May 2011, set at 196 million United States visitors, having increased by 21 percent in a year   more
0 votes
0 comments
Yahoo! - Voter Comments
No Comments
Vote & Comment
Leave a comment...
(Maximum 900 words)