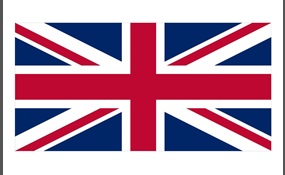 What should be the UK's National Anthem?

It currently has God Save the Queen, but there are many other patriotic songs which are amazing!

I Vow to Thee, My Country

God Save the Queen

"God Save The Queen" is an anthem used in a number of Commonwealth realms, their territories, and the British Crown Dependencies. The words and title are adapted to the gender of the current monarch, i.e. replacing "Queen" with "King", "she" with "h... e", and so forth, when a king reigns. The author of the tune is unknown, and it may originate in plainchant, but a 1619 attribution to John Bull is sometimes made."God Save The King" is the British national anthem and also has this role in some British territories. It is one of two national anthems for New Zealand and for several of Britain's territories that have their own additional local anthem. It is the royal anthem of Australia, Canada, Barbados and Tuvalu. In countries not previously part of the British Empire, the tune of "God Save The Queen" has provided the basis for various patriotic songs, though still generally connected with royal ceremony. In the United States, the British anthem's melody is used for the patriotic "My Country, 'Tis of Thee"   more
3 votes
1 comment
God Save the Queen - Voter Comments

"Rule, Britannia!" is a British patriotic song, originating from the poem "Rule, Britannia" by James Thomson and set to music by Thomas Arne in 1740. It is strongly associated with the Royal Navy, but also used by the British Army.
1 vote
1 comment
Rule, Britannia! - Voter Comments

Land of Hope and Glory