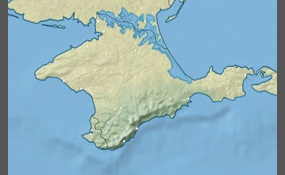 What Should the US do about Crimea

Russia has occupied Crimea for several months now. What is the best stance for the US to maintain in the situation?

It is not our job to police the world. If Crimea wants to be Russian, let them

20 votes
7 comments
It is not our job to police the world. If Crimea wants to be Russian, let them - Voter Comments

Tyranus says2014-06-03T21:33:07.5594629-05:00
Report Post
Enough people hate the US's involvement in many situations enough already. From Afghanistan (the war) to Germany (spying on Angela Merkel) we have made enough people furious. Let's sit this one out and let events in eastern Europe play out. This is not our sphere of influence. If something is really problematic, maybe the EU should fix things,

Marixst-Anarchist says2014-06-04T10:37:51.6553803-05:00
Report Post
America is no position to police nations, especially ones in eastern Europe. Them bossing Russia around could seriously cause Nuclear Warfare or even a Third World War! No matter what president of what party is in office, America always seems to poke its nose in the wrong places.

Raise sanctions on Russia to the point where it cripples their economy. No troops

7 votes
2 comments
Raise sanctions on Russia to the point where it cripples their economy. No troops - Voter Comments

dmussi12 says2014-06-03T22:34:54.2556741-05:00
Report Post
The current sanctions are already destroying Russia's economy and decreasing the value of the ruble. They cannot sustain their current economic status for a long time.

discomfiting says2014-06-03T22:47:42.0252272-05:00
Report Post
Russia is dependent on western European nations for a lot of their supplies; they cannot last for long, as Dmussi12 stated. & We are obligated by the Budapest international law to do something to prevent Russia from using force on the Ukraine (which is Crimea). Yes we should police the world, but this is an obligation that we must adhere to because we signed a treaty. We cannot turn out backs on a treaty when we're trying to gain international respect.
Vote & Comment
3

Russia is breaking international law and is in direct violation of its agreements with NATO. We need to militarily invade Russia to stop any further aggression.

2 votes
0 comments
Russia is breaking international law and is in direct violation of its agreements with NATO. We need to militarily invade Russia to stop any further aggression. - Voter Comments
No Comments
Vote & Comment
Leave a comment...
(Maximum 900 words)

Seido says2014-06-03T22:30:15.1230848-05:00
Report Post
Um... Where's the moderate response? There's certainly a course of action that involves raising sanctions beyond what they currently are without actually crippling their economy. There's also alternative options, such as removing them from councils like we did from the G8. As for my point of view, we should likely raise sanctions a bit, remove them from a few different councils, and try to argue this out in the UN. We should attempt to convince Russia to back out of Crimea. The people of Crimea should be allowed to vote as to whether they want to join Russia without Russian troops guarding the voting booths. If they choose to join Russia, then they should work with the rest of Ukraine to transition into joining Russia. Now then, if Russia tries to take any more of Ukraine, or any other country for that matter, it might be in our best interests to intervene with huge economic sanctions and with military action. That is, however, not the situation currently at hand.

debatefox says2014-06-03T22:47:32.2226170-05:00
Report Post
I dont think we should do anything about it. This might sound selfish but it would not benefit us by starting a war that is not needed. It would put us more in debt and use more resources and time we could be using on somthing else