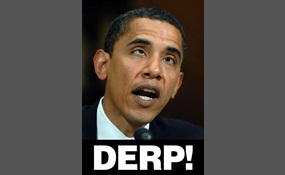 What Type of "Ist" are You?

Join the dark side- we have Obamacare.
0 votes
0 comments
Obamist - Voter Comments
No Comments
Vote & Comment
11

Egotism is the drive to maintain and enhance favorable views of oneself, and generally features an inflated opinion of one's personal features and importance. It often includes intellectual, physical, social and other over estimations.The egotist ha... s an overwhelming sense of the centrality of the 'Me', that is to say of their personal qualities. Egotism means placing oneself at the core of one's world with no concern for others, including those loved or considered as "close," in any other terms except those set by the egotist   more
0 votes
0 comments
Egotist - Voter Comments
No Comments
Vote & Comment
21

Jingoism is patriotism in the form of aggressive foreign policy. Jingoism also refers to a country's advocation of the use of threats or actual force against peaceful relations, either economic or political, with other countries in order to safeguar... d what it perceives as its national interests. Colloquially, it refers to excessive bias in judging one's own country as superior to others—an extreme type of nationalism.The term originated in Britain, expressing a pugnacious attitude toward Russia in the 1870s, and appeared in the American press by 1893   more
0 votes
0 comments
Jingoist - Voter Comments
No Comments
Vote & Comment
22