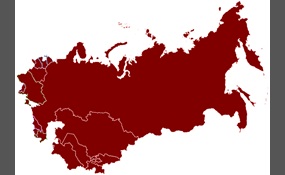 What was the best Soviet leader?

Vladimir Ilyich Lenin was a Russian communist revolutionary, politician and political theorist. He served as the leader of the Russian Soviet Federative Socialist Republic from 1917, and then concurrently as Premier of the Soviet Union from 1922, un... til his death. Under his administration, the Russian Empire was dissolved and replaced by the Soviet Union, a one-party socialist state; industry and businesses were nationalized, with widespread societal reform implemented. Politically a Marxist, his theoretical contributions to Marxist thought are known as Leninism.Born to a wealthy middle-class family in Simbirsk, Lenin gained an interest in revolutionary leftist politics following the execution of his brother Aleksandr in 1887. Expelled from Kazan State University for participating in anti-Tsarist protests, he devoted the following years to a law degree and to radical politics, becoming a Marxist. In 1893 he moved to St Petersburg, and became a senior figure in the Russian Social Democratic Labour Party   more
7 votes
2 comments
Vladimir Lenin - Voter Comments

StarWarsSovietLinguist says2017-05-28T00:56:26.2633757Z
Report Post
I believe that Vladimir Ilich Lenin was the best Soviet leader due to these reasons: -Stalin was a cruel dictator who killed anyone who threatened him or that he did not like which left weak leaders in the wake of Stalin's reign. -Gorbachyov was not threatened by Stalin's Great Terror, which makes him the second best Soviet leader, however, the only reason he is second to Lenin is because while his policies very beneficial for the Soviet Union, it was a bit of a shock to such a nation. -Lenin was highly respected by people who supported him, and under him, living standards for workers improved. He was also great speaker and good at presenting his arguments. Also, he was dedicated to the cause of communism, and did not do it to achieve power. He was honest, a true champion of people's rights.
Vote & Comment
2

Mikhail Sergeyevich Gorbachev is a former Soviet statesman. He was the seventh and last leader of the Soviet Union, having served as General Secretary of the Communist Party of the Soviet Union from 1985 until 1991, and as the country's head of stat... e from 1988 until its dissolution in 1991. He was the only general secretary in the history of the Soviet Union to have been born after the October Revolution.Gorbachev was born in Stavropol Krai into a peasant Ukrainian–Russian family, and in his teens operated combine harvesters on collective farms. He graduated from Moscow State University in 1955 with a degree in law. While he was at the university, he joined the Communist Party, and soon became very active within it. In 1970, he was appointed the First Party Secretary of the Stavropol Kraikom, First Secretary to the Supreme Soviet in 1974, and appointed a member of the Politburo in 1979. Within three years of the death of Soviet leader Leonid Brezhnev, following the brief "interregna" of Andropov and Chernenko, Gorbachev was elected General Secretary by the Politburo in 1985   more
6 votes
2 comments
Mikhail Gorbachev - Voter Comments

Nikita Sergeyevich Khrushchev was a Russian politician who led the Soviet Union during part of the Cold War. He served as First Secretary of the Communist Party of the Soviet Union from 1953 to 1964, and as Chairman of the Council of Ministers, or P... remier, from 1958 to 1964. Khrushchev was responsible for the de-Stalinization of the Soviet Union, for backing the progress of the early Soviet space program, and for several relatively liberal reforms in areas of domestic policy. Khrushchev's party colleagues removed him from power in 1964, replacing him with Leonid Brezhnev as First Secretary and Alexei Kosygin as Premier.Khrushchev was born in the Russian village of Kalinovka in 1894, close to the present-day border between Russia and Ukraine. He was employed as a metalworker in his youth, and during the Russian Civil War was a political commissar. With the help of Lazar Kaganovich, he worked his way up the Soviet hierarchy. He supported Joseph Stalin's purges, and approved thousands of arrests. In 1939, Stalin sent him to govern Ukraine, and he continued the purges there   more
1 vote
0 comments
Nikita Khrushchev - Voter Comments
No Comments
Vote & Comment
4

Leonid Ilyich Brezhnev was the General Secretary of the Central Committee of the Communist Party of the Soviet Union, presiding over the country from 1964 until his death in 1982. His eighteen-year term as General Secretary was second only to that o... f Joseph Stalin in duration. During Brezhnev's rule, the global influence of the Soviet Union grew dramatically, in part because of the expansion of the Soviet military during this time. His tenure as leader has been criticized for marking the beginning of an era of economic and social stagnation that eventually led to the dissolution of the Soviet Union in 1991.Brezhnev was born in Kamenskoe into a Russian worker's family. After graduating from the Dniprodzerzhynsk Metallurgical Technicum, he became a metallurgical engineer in the iron and steel industry, in Ukraine. He joined Komsomol in 1923, and in 1929 became an active member of the Communist Party. He was drafted into immediate military service during World War II and left the army in 1946 with the rank of Major General. In 1952 Brezhnev became a member of the Central Committee, and in 1964, Brezhnev succeeded Nikita Khrushchev as First Secretary   more
0 votes
0 comments
Leonid Brezhnev - Voter Comments
No Comments
Vote & Comment
5

Yuri Vladimirovich Andropov was a Soviet politician and the General Secretary of the Communist Party of the Soviet Union from 12 November 1982 until his death fifteen months later.
0 votes
0 comments
Yuri Andropov - Voter Comments
No Comments
Vote & Comment
6

Konstantin Ustinovich Chernenko was a Soviet politician and the fifth General Secretary of the Communist Party of the Soviet Union. He led the Soviet Union from 13 February 1984 until his death thirteen months later, on 10 March 1985. Chernenko was ... also Chairman of the Presidium of the Supreme Soviet from 11 April 1984 until his death   more
0 votes
0 comments
Konstantin Chernenko - Voter Comments
No Comments
Vote & Comment
7

Joseph Stalin or Iosif Vissarionovich Stalin, was the leader of the Soviet Union from the mid-1920s until his death in 1953.Among the Bolshevik revolutionaries who took part in the Russian Revolution of 1917, Stalin was appointed general secretary o... f the party's Central Committee in 1922. He subsequently managed to consolidate power following the 1924 death of Vladimir Lenin through suppressing Lenin's criticisms and expanding the functions of his role, all the while eliminating any opposition. By the late 1920s, he was the unchallenged leader of the Soviet Union. He remained general secretary until the post was abolished in 1952, concurrently serving as the Premier of the Soviet Union from 1941 onward.Under Stalin's rule, the concept of "socialism in one country" became a central tenet of Soviet society. He replaced the New Economic Policy introduced by Lenin in the early 1920s with a highly centralised command economy, launching a period of industrialization and collectivization that resulted in the rapid transformation of the USSR from an agrarian society into an industrial power   more
0 votes
0 comments
Joseph Stalin - Voter Comments
No Comments
Vote & Comment
8

Georgy Maximilianovich Malenkov was a Soviet politician and Communist Party leader.His family connections with Lenin speeded his promotion in the party, and in 1925 he was put in charge of the party records. This brought him into close association w... ith Josef Stalin, and he was heavily involved in the purges of the 1930s. During World War II, he was given sole responsibility for the Soviet missile program. Later he gained favour with Stalin by discrediting Marshal Zhukov for supposed disloyalty, and supporting Stalin’s campaign to erase all the glories of Leningrad/St. Petersburg in the public mind, in order to promote Moscow as the cultural capital.On Stalin’s death in 1953, Malenkov was briefly party leader, but was soon replaced by Nikita Khrushchev, with Malenkov as premier, as the party did not want both functions entrusted to the same person. His 2-year term ended in failure. He was expelled from the Politburo in 1957, and from the party in 1961, being exiled to the remote province of Kazakhstan   more
0 votes
0 comments
Georgy Malenkov - Voter Comments
No Comments
Vote & Comment
No comments yet.
Leave a comment...
(Maximum 900 words)
Privacy Policy | Terms of Use
Sitemap | View Desktop Version
©2020 Debate.org. All rights reserved.