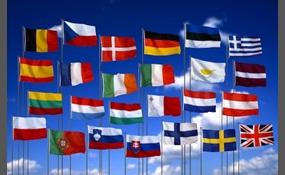 What was the most harmful country of the 20st century?

Which was the most harmful nation during the 20th century? All the default options have some sort of significant argument, or you can add your own country to the poll. Was it a combination of a few? State your vote here, and preferably back it up with your argument.

Seido says2014-05-01T16:39:17.8826479-05:00
Report Post
I wasn't really sure if I should vote for the USSR or for Nazi Germany, as they both caused huge issues. But, after looking at things as a whole, I have to lean towards the USSR. It caused huge issues in its time, lasted a lot longer than Nazi Germany, and remanence of its existence still caused issues today.

1313socialist says2014-05-01T18:56:22.2962479-05:00
Report Post
debating between the stalinist USSR and 'Murica, but I had to lean towards 'Murica, because while they both adopted imperialistic ambitions, the amount of uprisings and dictatorships backed by 'Murica was higher

StarWarsSovietLinguist says2017-05-28T02:34:10.9429757Z
Report Post
Nazi Germany was the worst nation of the 20th century due to these plain facts: It was: -Fascist & Nazi-controlled -Hated Jews, non-white people, Yugoslavs, Soviets, Poles, non-Nazis, any "Western people", any non-"Aryans", in addition to many other ethnicities -Killed over 6 million Jews, and even more non-Jewish people, and also many war victims -Attempted world, or at least Europe-wide domination -One-party state Also, THE SOVIET UNION WAS DEFINITELY NOT THE WORST NATION OF THE 20 TH CENTURY!
Vote & Comment
4

China, officially the People's Republic of China, is a sovereign state located in East Asia. It is the world's most populous country, with a population of over 1.35 billion. The PRC is a single-party state governed by the Communist Party, with its s... eat of government in the capital city of Beijing. It exercises jurisdiction over 22 provinces, five autonomous regions, four direct-controlled municipalities, and two mostly self-governing special administrative regions. The PRC also claims Taiwan – which is controlled by the Republic of China, a separate political entity – as its 23rd province, a claim which is controversial due to the complex political status of Taiwan.Covering approximately 9.6 million square kilometers, China is the world's second-largest country by land area, and either the third or fourth-largest by total area, depending on the method of measurement. China's landscape is vast and diverse, ranging from forest steppes and the Gobi and Taklamakan deserts in the arid north to subtropical forests in the wetter south. The Himalaya, Karakoram, Pamir and Tian Shan mountain ranges separate China from South and Central Asia. The Yangtze and Yellow Rivers, the third- and sixth-longest in the world, run from the Tibetan Plateau to the densely populated eastern seaboard. China's coastline along the Pacific Ocean is 14,500 kilometres long, and is bounded by the Bohai, Yellow, East and South China Seas   more
1 vote
0 comments
China - Voter Comments
No Comments
Vote & Comment
5