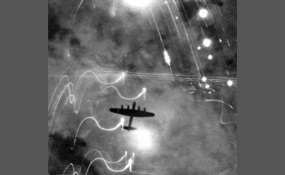 What was the most important part of WWII

Which battle, Liberation, or attack do you think was most important in WWII

Atomic bombings of Hiroshima and Nagasaki

The atomic bombings of the cities of Hiroshima and Nagasaki in Japan were conducted by the United States during the final stages of World War II in August 1945. The two bombings were the first and remain the only use of nuclear weapons in wartime.Fo... llowing a firebombing campaign that destroyed many Japanese cities, the Allies prepared for a costly invasion of Japan. The war in Europe ended when Nazi Germany signed its instrument of surrender on May 8, 1945, but the Pacific War continued. Together with the United Kingdom and China, the United States called for the unconditional surrender of the Japanese armed forces in the Potsdam Declaration on July 26, 1945, threatening "prompt and utter destruction".By August 1945, the Allied Manhattan Project had successfully tested an atomic device and had produced weapons based on two alternate designs. The 509th Composite Group of the U.S. Army Air Forces was equipped with a Silverplate Boeing B-29 Superfortress that could deliver them from Tinian in the Mariana Islands. A uranium gun-type atomic bomb was dropped on Hiroshima on August 6, 1945, followed by a plutonium implosion-type bomb on the city of Nagasaki on August 9. Within the first two to four months of the bombings, the acute effects killed 90,000–166,000 people in Hiroshima and 60,000–80,000 in Nagasaki; roughly half of the deaths in each city occurred on the first day. During the following months, large numbers died from the effect of burns, radiation sickness, and other injuries, compounded by illness. In both cities, most of the dead were civilians, although Hiroshima had a sizeable garrison   more
6 votes
2 comments
Atomic bombings of Hiroshima and Nagasaki - Voter Comments

Watchemoket says2014-04-29T19:14:46.9731756-05:00
Report Post
If Hitler had not turned on Stalin when he did, squandering men and material creating a front on which he could not win as well as bringing the Soviets into the war on the side of the Allies, the Nazis might have been able to successfully invaded or at least cut off Britain. He'd have had far more men and resources to fight in the West.
Vote & Comment
4
VOTING CLOSED

Kreakin says2014-04-30T06:22:04.7926707-05:00
Report Post
If the RAF had failed to maintain air superiority then the invasion of Britiain would have taken place. This would have had dire consequences for the Allies, D-Day and of cousre the British people. Contary to popular belief the plans for occupation were well developed. Opperation "Sealion" would have been sucessful if the RAF had lost.. It is interesting to search for the Sonderfahndungsliste G.B. ('Special Search List G.B') of people the Nazi's wished to find after the invasion.
Vote & Comment
6
VOTING CLOSED

Jifpop09 says2014-04-29T22:33:39.4613060-05:00
Report Post
A lot of people forget the lesser known theaters of the war. The US campaign in New Guinea, The British campaign in Burma, the Indian ocean war, the air raids on Australia, the Italian campaign in the middle east, and the atlantic ocean war.