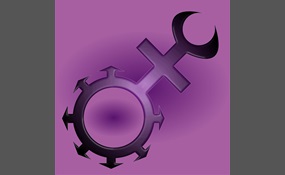 I Can Has Cheezburger?

1 vote
0 comments
I Can Has Cheezburger? - Voter Comments
No Comments
Vote & Comment
10

MSNBC is an American basic cable and satellite channel that provides news coverage and political opinion on current events. It is owned by the NBCUniversal News Group, a unit of the NBCUniversal Television Group division of NBCUniversal. Its name wa... s derived from the most common abbreviations for Microsoft and the National Broadcasting Company.MSNBC and msnbc.Com were founded in 1996 as partnerships of Microsoft and General Electric's NBC unit, which is now NBCUniversal. The online partnership of msnbc.Com ended on July 16, 2012 and the site was rebranded as NBCNews.Com. MSNBC shares the NBC logo of a rainbow peacock with its sister channels NBC, CNBC, and NBC Sports Network.Beginning in the mid-2000s, MSNBC's opinion programming increasingly reflected its concept of political progressivism. In October 2010, it publicly acknowledged this with a marketing campaign it called "Lean Forward". Further, in September 2013, MSNBC launched its revamped official website under the tagline, "What Progressives Have Been Waiting For."For the week of June 9, 2014, MSNBC placed 26th in primetime and 30th in total day, averaging 597,000 viewers and 336,000 viewers, respectively   more
0 votes
0 comments
MSNBC.Com - Voter Comments
No Comments
Vote & Comment
12

Can I have some Rule 34 of Yotsuba, please?
0 votes
0 comments
4chan - Voter Comments
No Comments
Vote & Comment
14

TBR says2015-08-02T03:38:13.5330606Z
Report Post
I added Conservapedia. It is... There really are no words. It just would be like me explaining the obelisks. It is stupid poetry and art. It exceeded all expectations, and that is without even breaking into the discussion threads. Its is... Well, beyond the ability of one man to explain.
Privacy Policy | Terms of Use
Sitemap | View Desktop Version
©2021 Debate.org. All rights reserved.