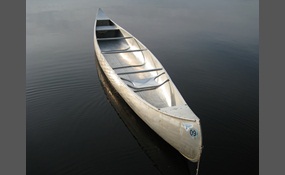 What would you do if (see description)

You are on a canoe with in the Atlantic 4 people. You are thousands of miles away from land. You have no food, no fresh water, nothing.

From the boat passing by.
3 votes
0 comments
Get help - Voter Comments
No Comments
Vote & Comment
2

Turn into a dolphin

Kill all the other people and eat them.

Why stop at one? You're thousands of miles from land.
2 votes
1 comment
Kill all the other people and eat them. - Voter Comments

The first person that starves to death will be eaten and then the second and so on.

1 vote
1 comment
The first person that starves to death will be eaten and then the second and so on. - Voter Comments

Try to row to land

Because you have to find land eventually, right?
1 vote
0 comments
Try to row to land - Voter Comments
No Comments
Vote & Comment
7

Use the last parachute

Die of dehydration within 4 days

Lets go back and you'll hear a tale a tale of a fateful trip that started from this tropic port aboard this tiny ship the mate was a mighty sailing man the skipper brave and sure five passengers set sail that day for a three hour tour a three hour t... our the weather started getting rough the tiny ship was tossed if not for the courage of the fearless cre the minnow would be lost the minnow would be lost the ship sink ground on the shore of an uncharted desert isle with Gilligan the skipper too a millionaire and his wife, a movie star and the rest are here on Gilligan's island   more
1 vote
0 comments
Giligan's Island - Voter Comments
No Comments
Vote & Comment
11

Kill one person and then eat him

Sailors of old used this method to decide who would die and be eaten by the others when lost at sea or the horse latitudes.
0 votes
0 comments
Shortest straw - Voter Comments
No Comments
Vote & Comment
16