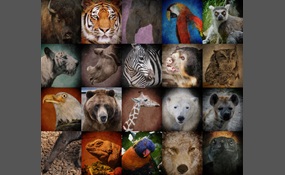 What would you rather be? 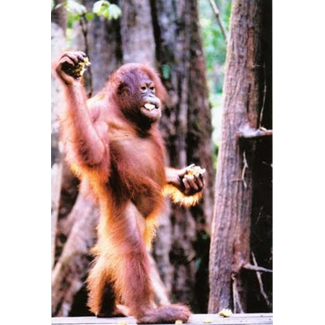 Mammals are a clade of endothermic amniotes distinguished from reptiles and birds by the possession of hair, three middle ear bones, mammary glands, and a neocortex. The mammalian brain regulates body temperature and the circulatory system, including the four-chambered heart. The mammals include the largest animals on the planet, the rorquals and some other whales, as well as some of the most intelligent, such as elephants, some primates and some cetaceans. The basic body type is a four-legged land-borne animal, but some mammals are adapted for life at sea, in the air, in the trees, or on two legs. The largest group of mammals, the placentals, have a placenta which feeds the offspring during pregnancy. Mammals range in size from the 30–40 mm bumblebee bat to the 33-meter blue whale.The word "mammal" is modern, from the scientific name Mammalia coined by Carl Linnaeus in 1758, derived from the Latin mamma. All female mammals nurse their young with milk, which is secreted from special glands, the mammary glands. According to Mammal Species of the World, 5,416 species were known in 2006. These were grouped in 1,229 genera, 153 families and 29 orders. 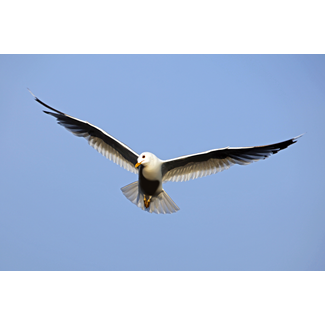 Birds are feathered, winged, two-legged, warm-blooded, egg-laying vertebrates. Modern birds are characterised by feathers, a beak with no teeth, the laying of hard-shelled eggs, a high metabolic rate, a four-chambered heart, and a lightweight but strong skeleton. Extant birds have more or less developed wings; the most recent species without wings was the moa, which is generally considered to have become extinct in the 16th century. Wings are evolved forelimbs, and most bird species can fly. Flightless birds include ratites, penguins, and diverse endemic island species. Some species of birds, particularly penguins and members of the Anatidae family, are adapted to swim. Birds also have digestive and respiratory systems that are uniquely adapted for flight. Some birds, especially corvids and parrots, are among the most intelligent animal species; several bird species make and use tools, and many social species culturally transmit knowledge across generations.Many species annually migrate great distances, and many more perform shorter irregular movements. 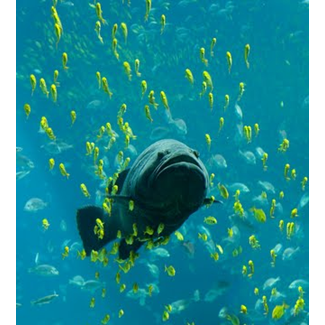 A fish is any member of a paraphyletic group of organisms that consist of all gill-bearing aquatic craniate animals that lack limbs with digits. Included in this definition are the living hagfish, lampreys, and cartilaginous and bony fish, as well as various extinct related groups. Most fish are ectothermic, allowing their body temperatures to vary as ambient temperatures change, though some of the large active swimmers like white shark and tuna can hold a higher core temperature. Fish are abundant in most bodies of water. They can be found in nearly all aquatic environments, from high mountain streams to the abyssal and even hadal depths of the deepest oceans. At 32,000 species, fish exhibit greater species diversity than any other group of vertebrates.Fish are an important resource for humans worldwide, especially as food. Commercial and subsistence fishers hunt fish in wild fisheries or farm them in ponds or in cages in the ocean. They are also caught by recreational fishers, kept as pets, raised by fishkeepers, and exhibited in public aquaria. Fish have had a role in culture through the ages, serving as deities, religious symbols, and as the subjects of art, books and movies. 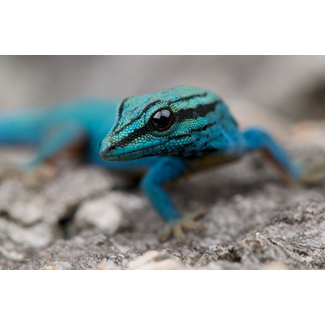 Reptiles, the class Reptilia, are an evolutionary grade of animals, comprising today's turtles, crocodilians, snakes, lizards and tuatara, their extinct relatives, and some of the extinct ancestors of mammals. Due to their evolutionary history and the diversity of extinct forms, the validity of the class is not universally supported in scientific circles, though in practice, it remains in use by some biologists and more laymen, especially in mass media. The study of reptiles, historically combined with that of amphibians, is called herpetology.The earliest known reptiles originated around 315 million years ago during the Carboniferous period, having evolved from advanced reptile-like amphibians that became increasingly adapted to life on dry land. Some early examples include the lizard-like Hylonomus, Casineria and possibly Westlothiana, although the latter may be an advanced land-dwelling amphibian. In addition to the living reptiles, there are many diverse groups that are now extinct, in some cases due to mass extinction events. 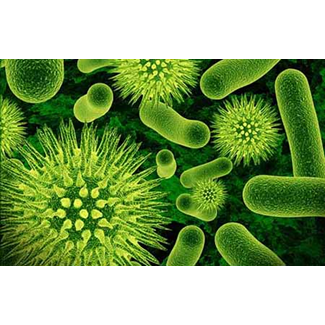 A microorganism is a microscopic living organism, which may be a single cell or a multicellular organism. The study of microorganisms is called microbiology, a subject that began with the discovery of microorganisms in 1674 by Antonie van Leeuwenhoek, using a microscope of his own design.Microorganisms are very diverse and include all the bacteria and archaea and almost all the protozoa. They also include some fungi, algae, and certain animals, such as rotifers. Many macro animals and plants have juvenile stages which are also microorganisms. Some microbiologists also classify viruses as microorganisms, but others consider these as nonliving.Microorganisms live in every part of the biosphere, including soil, hot springs, "seven miles deep" in the ocean, "40 miles high" in the atmosphere and inside rocks far down within the Earth's crust. Microorganisms, under certain test conditions, have been observed to thrive in the vacuum of outer space. The total amount of soil and subsurface bacterial carbon is estimated as 5 x 10¹⁷ g, or the "weight of the United Kingdom". 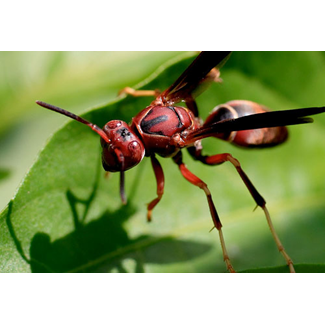 Insects are a class of invertebrates within the arthropod phylum that have a chitinous exoskeleton, a three-part body, three pairs of jointed legs, compound eyes and one pair of antennae. They are among the most diverse groups of animals on the planet, including more than a million described species and representing more than half of all known living organisms. The number of extant species is estimated at between six and ten million, and potentially represent over 90% of the differing animal life forms on Earth. Insects may be found in nearly all environments, although only a small number of species reside in the oceans, a habitat dominated by another arthropod group, crustaceans.The life cycles of insects vary but most insects hatch from eggs. Insect growth is constrained by the inelastic exoskeleton and development involves a series of molts. The immature stages can differ from the adults in structure, habit and habitat, and can include a passive pupal stage in those groups that undergo complete metamorphosis. Insects that undergo incomplete metamorphosis lack a pupal stage and adults develop through a series of nymphal stages. 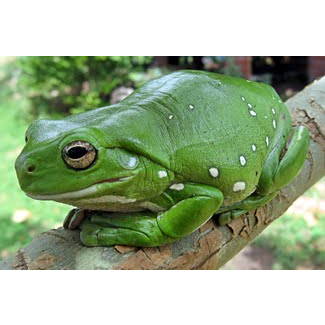 Amphibians are ectothermic, tetrapod vertebrates of the class Amphibia. Modern amphibians are all Lissamphibia. They inhabit a wide variety of habitats with most species living within terrestrial, fossorial, arboreal or freshwater aquatic ecosystems. Amphibians typically start out as larva living in water, but some species have developed behavioural adaptations to bypass this. The young generally undergo metamorphosis from larva with gills to an adult air-breathing form with lungs. Amphibians use their skin as a secondary respiratory surface and some small terrestrial salamanders and frogs lack lungs and rely entirely on their skin. They are superficially similar to reptiles but, along with mammals and birds, reptiles are amniotes and do not require water bodies in which to breed. With their complex reproductive needs and permeable skins, amphibians are often ecological indicators and in recent decades there has been a dramatic decline in amphibian populations for many species around the globe.The earliest amphibians evolved in the Devonian Period from sarcopterygian fish with lungs and bony-limbed fins, features that were helpful in adapting to dry land.