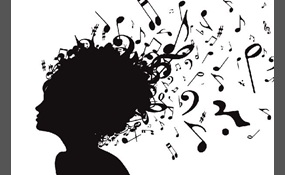 What would you rather listen to?

Taylor Alison Swift is an American singer-songwriter and actress. Raised in Wyomissing, Pennsylvania, just west of Reading, Swift moved to Nashville, Tennessee, at the age of 14 to pursue a career in country music. She signed with the independent la... bel Big Machine Records and became the youngest songwriter ever hired by the Sony/ATV Music publishing house. The release of Swift's self-titled debut album in 2006 established her as a country music star. "Our Song", her third single, made her the youngest person to single-handedly write and perform a number one song on the Hot Country Songs chart. She received a Best New Artist nomination at the 2008 Grammy Awards.Swift's second album, Fearless, was released in 2008. Buoyed by the pop crossover success of the singles "Love Story" and "You Belong with Me", Fearless became the best-selling album of 2009 in the US. The album won four Grammy Awards, with Swift becoming the youngest ever Album of the Year winner. Swift's third album, 2010's Speak Now, sold over one million copies within the first week of its US release. The album's third single, "Mean", won two Grammy Awards. In 2012, Swift released her fourth album, Red   more
9 votes
3 comments
Taylor Swift - Voter Comments

zebzealous says2014-11-20T09:22:04.3076821-06:00
Report Post
I think Taylor is one of the most talented and diversified country music artists of the past 50 years and she brings vivid originality to every performance. She is a true spectacle of brilliant ability indeed. Keep shakin it off Taylor And ill be your Romeo any day of the year !
Vote & Comment
2

An electric can opener

Nails on a chalkboard

William James Hung, also known as Hung Hing Cheong, is a Hong Kong-born American singer who gained fame in early 2004 as a result of his off-key audition performance of Ricky Martin's hit song "She Bangs" on the third season of the television series...  American Idol.At the time of his audition, Hung was a civil engineering student at UC Berkeley. After his spirited audition to be the next American Idol inadvertently won the support of many fans, Hung voluntarily left college to pursue a music career. He became popular enough to perform on many popular shows, and even secured a record contract with Koch Entertainment in 2004, releasing three albums on the label. His recording career was marked by constant negative critical reaction, and his fame became the subject of much controversy as both he and his fans were accused of promoting and endorsing racial stereotypes against Asians, as he was perceived to lack musical talent and be celebrated only for embodying these stereotypes. In spite of the criticism and the implications of his success, he only showed signs of thoroughly enjoying his celebrity, believing he was living his dream   more
1 vote
0 comments
William Hung - Voter Comments
No Comments
Vote & Comment
No comments yet.
Leave a comment...
(Maximum 900 words)
Privacy Policy | Terms of Use
Sitemap | View Desktop Version
©2022 Debate.org. All rights reserved.