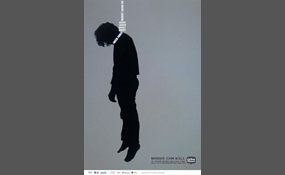 Read all of them

L.D says2014-04-21T12:25:22.3167711-05:00
Report Post
This is actually a Chinese method. A person is restrained so he cannot move. There is constant serum providing his blood with the fluids, minerals and nutritions to keep him alive. He is laying on his back and there is a constant stream of water drops on his forehead.

AngelofDeath says2014-04-21T19:46:07.7045247-05:00
Report Post
IF YOURE GONNA READ THIS, READ ALL OF IT................. Getting tied up, have your eyes stabbed out, and your fingers constantly papercut then soaked in lemon juice. Afterwards, mouth sewn shut and Chinese water torture on top of that(which is basically a drop of water on your forehead constantly dripping; it can drive people crazy). Feet soaked in salt water and surrounded by sheep. The sheep will slowly start to lick the salt off of your feet and it tickles at first, but later, they can literally lick the skin off your feet and lick you down to the bones of your feet. Then they will slowly devour you as you lay there, unable to move. (P.S. Don't mess with me, or else.... lol ^_^)
Vote & Comment
2

Dont know name if there is one

Dont know the name of this

(no good pics) they would have what looks like a horse saddle but In the middle there's a dull knife they attached weights to your feet (depending on crime depends on how many more for little crimes less for big) it will slowly cut you in half from ... bottom to top until it reaches vital organs like hear   more
0 votes
0 comments
Dont know the name of this - Voter Comments
No Comments
Vote & Comment
17

L.D says2014-04-21T12:24:08.9369317-05:00
Report Post
Many of these are more horrible than I thought. That Blood Eagle and Brazen Bull, I mean people need to be really evil to come up with that stuff. However, you have put both tortures and executions in here, so I am going to vote on tortures only, since that is the question in this.