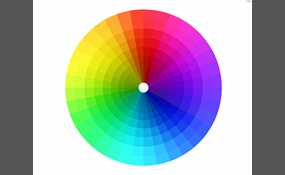 This is my *ehem* entirely serious first poll.

An acronym for the color spectrum. This basically means that you like all colors. Choose this if you don't feel like a troll.
5 votes
0 comments
ROYGBIV - Voter Comments
No Comments
Vote & Comment
3

Teal is a low-saturated color, a bluish-green to dark medium, similar to medium blue-green and dark cyan. It can be created by mixing green with blue into a white base, or deepened as needed with a little bit of black or gray color. The complementar... y color of teal is coral. It is also one of the initial group of 16 HTML/CSS web colors formulated in 1987.The first recorded use of Teal as a color name in English was in 1917   more
4 votes
1 comment
Teal - Voter Comments

A troll is a supernatural being in Norse mythology and Scandinavian folklore. In origin, troll may have been a negative synonym for a jötunn, a being in Norse mythology. In Old Norse sources, beings described as trolls dwell in isolated rocks, mount... ains, or caves, live together in small family units, and are rarely helpful to human beings.Later, in Scandinavian folklore, trolls became beings in their own right, where they live far from human habitation, are not Christianized, and are considered dangerous to human beings. Depending on the region from which accounts of trolls stem, their appearance varies greatly; trolls may be ugly and slow-witted or look and behave exactly like human beings, with no particularly grotesque characteristic about them.Trolls are sometimes associated with particular landmarks, which at times may be explained as formed from a troll exposed to sunlight. One of the most famous elements of Scandinavian folklore, trolls are depicted in a variety of media in modern popular culture   more
1 vote
0 comments
Troll - Voter Comments
No Comments
Vote & Comment
8

Cheerios is an American brand of breakfast cereals manufactured by General Mills. In some countries, including the United Kingdom, Cheerios is marketed by Cereal Partners under the Nestlé brand; in Australia and New Zealand, Cheerios is sold as an U... ncle Tobys product   more
0 votes
0 comments
Cheerios - Voter Comments
No Comments
Vote & Comment
Leave a comment...
(Maximum 900 words)