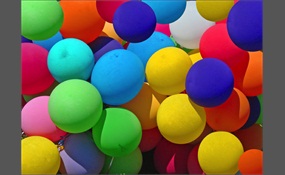 I don't have a favorite color, I love them all.

3 votes
0 comments
I don't have a favorite color, I love them all. - Voter Comments
No Comments
Vote & Comment
5

Cheese is a food derived from milk that is produced in a wide range of flavors, textures, and forms by coagulation of the milk protein casein. It comprises proteins and fat from milk, usually the milk of cows, buffalo, goats, or sheep. During produc... tion, the milk is usually acidified, and adding the enzyme rennet causes coagulation. The solids are separated and pressed into final form. Some cheeses have molds on the rind or throughout. Most cheeses melt at cooking temperature.Hundreds of types of cheese from various countries are produced. Their styles, textures and flavors depend on the origin of the milk, whether they have been pasteurized, the butterfat content, the bacteria and mold, the processing, and aging. Herbs, spices, or wood smoke may be used as flavoring agents. The yellow to red color of many cheeses, such as Red Leicester, is produced by adding annatto. Other ingredients may be added to some cheeses, such as black peppers, garlic, chives or cranberries.For a few cheeses, the milk is curdled by adding acids such as vinegar or lemon juice   more
0 votes
0 comments
Cheese - Voter Comments
No Comments
Vote & Comment
11

Gold is a chemical element with symbol Au and atomic number 79. It is a bright yellow dense, soft, malleable and ductile metal. The properties remain when exposed to air or water. Chemically, gold is a transition metal and a group 11 element. It is ... one of the least reactive chemical elements, and is solid under standard conditions. The metal therefore occurs often in free elemental form, as nuggets or grains, in rocks, in veins and in alluvial deposits. It occurs in a solid solution series with the native element silver and also naturally alloyed with copper and palladium. Less commonly, it occurs in minerals as gold compounds, often with tellurium.Gold's atomic number of 79 makes it one of the higher atomic number elements that occur naturally in the universe, and is traditionally thought to have been produced in supernova nucleosynthesis to seed the dust from which the Solar System formed. Because the Earth was molten when it was just formed, almost all of the gold present in the Earth sank into the planetary core   more
0 votes
0 comments
Gold - Voter Comments
No Comments
Vote & Comment
12