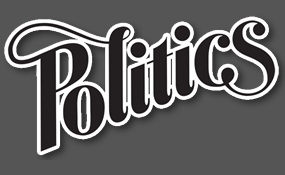 The Republican Party, commonly referred to as the GOP, is one of the two major contemporary political parties in the United States, the other being its historic rival the Democratic Party. Founded by anti-slavery activists in 1854, the GOP dominated...  politics nationally and in most of the North for most of the period from 1860 to 1932. There have been 18 Republican presidents, the first being Abraham Lincoln, who served from 1861 until his assassination in 1865, and the most recent being George W. Bush, who served two full four-year terms 2001 to 2009. The most recent Republican presidential nominee was former Massachusetts governor Mitt Romney who lost in 2012.The party's platform is generally based upon American conservatism, in contrast to the contemporary American liberalism of the rival Democratic Party. The Republican Party's conservatism involves supporting free market capitalism, opposing regulation and labor unions, and supporting socially conservative policies. The party is generally split on the issue of how to deal with illegal immigration   more
7 votes
0 comments
Republican Party - Voter Comments
No Comments
Vote & Comment
2

The Democratic Party is one of the two major contemporary political parties in the United States, along with the younger Republican Party. Tracing its origins back to the Democratic-Republican Party, the modern Democratic Party was founded around 18... 28. There have been 15 Democratic presidents, the first being Andrew Jackson, who served from 1829 to 1837; the most recent is the current president, Barack Obama, who has served since 2009.Since the 1930s, the party has promoted a social-liberal platform, supporting a mixed economy and social justice. The party's philosophy of contemporary American liberalism advocates civil and political rights and liberties along with social justice. It pursues a mixed economy by providing government intervention and regulation in the economy. These interventions, such as universal health care, labor protection, social programs, equal opportunity, consumer protection, and environmental protection, form the party's economic policy basis. Until the late 20th century the party had a powerful conservative and populist wing based in the rural South, which over time has greatly diminished   more
4 votes
0 comments
Democratic Party - Voter Comments
No Comments
Vote & Comment
3

The United States Marijuana Party is a cannabis political party in the United States founded in 2002 by Loretta Nall specifically to end the war on drugs and to legalize cannabis. Their policies also include other socially libertarian positions. Loc... al chapters have been formed in 8 states, and they are affiliated with a number of international cannabis political parties   more
2 votes
0 comments
United States Marijuana Party - Voter Comments
No Comments
Vote & Comment
5

The Communist Party USA is a communist political party in the United States. It is the largest communist party in the country. Established in 1919, it has a long, complex history that is closely related to the histories of similar communist parties ... worldwide and the U.S. labor movement.For the first half of the 20th century, the Communist Party was a highly influential force in various struggles for democratic rights. It played a prominent role in the U.S. labor movement from the 1920s through the 1940s, having a major hand in founding most of the country's first industrial unions while also becoming known for opposing racism and fighting for integration in workplaces and communities during the height of the Jim Crow period of U.S. racial segregation. Historian Ellen Schrecker concludes that decades of recent scholarship offer "a more nuanced portrayal of the party as both a Stalinist sect tied to a vicious regime and the most dynamic organization within the American Left during the 1930s and '40s".By August 1919, only months after its founding, the Communist Party claimed 50,000 to 60,000 members. Members also included anarchists and other radical leftists   more
1 vote
0 comments
Communist Party USA - Voter Comments
No Comments
Vote & Comment
6

The Socialist Party of America was a multi-tendency democratic-socialist political party in the United States, formed in 1901 by a merger between the three-year-old Social Democratic Party of America and disaffected elements of the Socialist Labor P... arty which had split from the main organization in 1899.In the first decades of the 20th century, it drew significant support from many different groups, including trade unionists, progressive social reformers, populist farmers, and immigrant communities. Its presidential candidate, Eugene V. Debs, twice won over 900,000 votes, while the party also elected two United States Representatives, dozens of state legislators, more than a hundred mayors, and countless lesser officials. The party's staunch opposition to American involvement in World War I, although welcomed by many, also led to prominent defections, official repression and vigilante persecution. The organization was further shattered by a factional war over how it should respond to the October Revolution in Russia in 1917 and the establishment of the Communist International in 1919   more
0 votes
0 comments
Socialist Party of America - Voter Comments
No Comments
Vote & Comment
7

The Pirate Party is a liberal political party in Iceland. The party was founded November 24, 2012 by MP Birgitta Jónsdóttir, previously a member of The Movement, and several prominent Internet activists, including Smári McCarthy.They successfully ap... plied for the ballot list letter Þ in order to run in the 2013 Icelandic parliamentary election. This marks their first electoral participation as well as the first party to request the letter Þ. The party managed to win three seats in the 2013 election and became the first pirate party in the world to enter a national parliament   more
0 votes
0 comments
Pirate Party - Voter Comments
No Comments
Vote & Comment
8