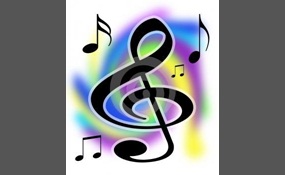 Heavy metal is a genre of rock music that developed in the late 1960s and early 1970s, largely in the United Kingdom and the United States. With roots in blues rock and psychedelic rock, the bands that created heavy metal developed a thick, massive ... sound, characterized by highly amplified distortion, extended guitar solos, emphatic beats, and overall loudness. Heavy metal lyrics and performance styles are often associated with masculinity, aggression, political issues, and machismo.The first heavy metal bands such as Led Zeppelin, Deep Purple and Black Sabbath attracted large audiences, though they were often derided by critics, a status common throughout the history of the genre. During the mid-1970s, Judas Priest helped spur the genre's evolution by discarding much of its blues influence; Motörhead introduced a punk rock sensibility and an increasing emphasis on speed. Bands in the New Wave of British Heavy Metal such as Iron Maiden and Saxon followed in a similar vein. Before the end of the decade, heavy metal fans became known as "metalheads" or "headbangers".During the 1980s, glam metal became a commercial force with groups like Mötley Crüe and Poison   more
5 votes
0 comments
Heavy metal - Voter Comments
No Comments
Vote & Comment
2

Modern rock, also referred to as contemporary rock, is a rock format commonly found on commercial radio; the format consists primarily of the alternative rock genre. Generally beginning with late 1970s punk but referring especially to alternative ro... ck music since the 1980s, the phrase "modern rock" is used to differentiate the music from classic rock, which focuses on music recorded in the 1960s through the early 1980s.A few modern rock radio stations existed during the 1980s, such as KROQ-FM in Los Angeles, 91X in San Diego, WHTG FM 106.3 on the Jersey Shore, WLIR on Long Island and WFNX in Boston. Modern rock was solidified as a radio format in 1988 with Billboard's creation of the Modern Rock Tracks chart. The chart was based on weighted reports from college radio stations and commercial stations such as those listed above. The 1988 episode of the VH1 show I Love the '80s discussed INXS, The Cure, Morrissey, Depeche Mode, and Erasure as modern rock artists representative of that year. But it was the breakthrough success of the grunge band Nirvana in 1991 that resulted in a large number of American radio stations switching to the format   more
4 votes
0 comments
Modern rock - Voter Comments
No Comments
Vote & Comment
3

Classical music is art music produced or rooted in the traditions of Western music. It encompasses a broad period from roughly the 11th century to the present day. The central norms of this tradition became codified between 1550 and 1900, which is k... nown as the common practice period.European music is largely distinguished from many other non-European and popular musical forms by its system of staff notation, in use since about the 16th century. Western staff notation is used by composers to prescribe to the performer the pitch, speed, meter, individual rhythms and exact execution of a piece of music. This leaves less room for practices such as improvisation and ad libitum ornamentation, which are frequently heard in non-European art music and in popular music.The term "classical music" did not appear until the early 19th century, in an attempt to distinctly canonize the period from Johann Sebastian Bach to Beethoven as a golden age. The earliest reference to "classical music" recorded by the Oxford English Dictionary is from about 1836   more
3 votes
0 comments
Classical music - Voter Comments
No Comments
Vote & Comment
4

Classic rock is a radio format which developed from the album-oriented rock format in the early 1980s. In the United States, the classic rock format features music ranging generally from the late 1960s to the late 1980s, primarily focusing on commer... cially-successful hard rock, blues rock, and arena rock popularized in the 1970s. Although the format appeals mainly to adults, many classic rock acts consistently attract new generations of fans. Some classic rock stations also play a limited number of current releases which are stylistically consistent with the station's sound, or from established classic rock artists who still produce new albums   more
3 votes
0 comments
Classic rock - Voter Comments
No Comments
Vote & Comment
5

Pop music is a genre of popular music which originated in its modern form in the 1950s, deriving from rock and roll. The terms "popular music" and "pop music" are often used interchangeably, even though the former is a description of music which is ... popular.As a genre, pop music is very eclectic, often borrowing elements from other styles including urban, dance, rock, Latin and country; nonetheless, there are core elements which define pop. Such include generally short-to-medium length songs, written in a basic format, as well as the common employment of repeated choruses, melodic tunes, and catchy hooks.So-called "pure pop" music, such as power pop, features all these elements, using electric guitars, drums and bass for instrumentation; in the case of such music, the main goal is usually that of being pleasurable to listen to, rather than having much artistic depth. Pop music is generally thought of as a genre which is commercially recorded and desires to have a mass audience appeal   more
1 vote
0 comments
Pop - Voter Comments
No Comments
Vote & Comment
8

Old-school hip hop describes the earliest commercially recorded hip hop music, and the music in the period preceding it from which it was directly descended. Old school hip hop is said to have ended around 1984 due to changes in both rapping techniq... ue and the accompanying music and rhythms.The image, styles and sounds of the old school were exemplified by figures like Afrika Bambaataa, The Sugarhill Gang, Grandmaster Flash, Spoonie Gee, Newcleus, Treacherous Three, Funky Four Plus One, Kurtis Blow, Busy Bee Starski, Lovebug Starski, The Cold Crush Brothers, and Fab Five Freddy. It is characterized by the simpler rapping techniques of the time and the general focus on party related subject matter   more
0 votes
0 comments
Old-school hip hop - Voter Comments
No Comments
Vote & Comment
10

Modern rap is a genre similar to pop different than old school rap mainly more fame and money involved and commonly found on billboard charts such as top 40 top 100 etc it has less to do with old school hip hop modern rappers like 2 chainz lil wayne...  etc have ver different point of views in their rhymes when they rap that's how its differen   more
0 votes
0 comments
Modern rap - Voter Comments
No Comments
Vote & Comment
11

Reggae is a music genre first developed in Jamaica in the late 1960s. While sometimes used in a broad sense to refer to most types of popular Jamaican dance music, the term reggae more properly denotes a particular music style that evolved out of th... e earlier genres ska and rocksteady   more
0 votes
0 comments
Reggae - Voter Comments
No Comments
Vote & Comment
12

Dubstep is a genre of electronic dance music that originated in South London, England. It emerged in the late 1990s as a development within a lineage of related styles such as 2-step garage, broken beat, drum and bass, jungle, dub and reggae. In the...  UK the origins of the genre can be traced back to the growth of the Jamaican sound system party scene in the early 1980s. The music generally features syncopated drum and percussion patterns with bass lines that contain prominent sub bass frequencies.The earliest dubstep releases date back to 1998, and were usually featured as B-sides of 2-step garage single releases. These tracks were darker, more experimental remixes with less emphasis on vocals, and attempted to incorporate elements of breakbeat and drum and bass into 2-step. In 2001, this and other strains of dark garage music began to be showcased and promoted at London's night club Plastic People, at the "Forward" night, which went on to be considerably influential to the development of dubstep   more
0 votes
0 comments
Dubstep - Voter Comments
No Comments
Vote & Comment
13

Techno is a form of electronic dance music that emerged in Detroit, Michigan, in the United States during the mid-to-late 1980s. The first recorded use of the word techno in reference to a specific genre of music was in 1988. Many styles of techno n... ow exist, but Detroit techno is seen as the foundation upon which a number of subgenres have been built.The initial take on techno arose from the melding of electronic music, in the style of artists such as Kraftwerk, Giorgio Moroder and Yellow Magic Orchestra, with African American music styles, including funk, electro, Chicago house and electric jazz. Added to this is the influence of futuristic and fictional themes relevant to life in American late capitalist society, with Alvin Toffler's book The Third Wave being a notable point of reference. Pioneering producer Juan Atkins cites Toffler's phrase "techno rebels" as inspiring him to use the word techno to describe the musical style he helped to create. This unique blend of influences aligns techno with the aesthetic referred to as afrofuturism   more
0 votes
0 comments
Techno - Voter Comments
No Comments
Vote & Comment
14