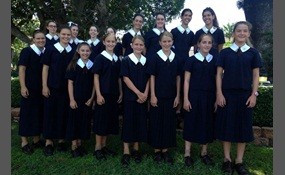 When should high school start for australians?

Australias school system is different. We have prep before grade one, and even though some schools have option 3, to be counted as a high schooler you must be in year 7.

Seventh grade is a year of education in many nations. The seventh grade is the seventh school year after kindergarten. Students are usually 11–13 years old. Traditionally, seventh grade was the next-to-last year of grade school. In the United States...  and Canada, it is usually the second, third, or last year of middle school, the first year of junior high school or the 7th year of grade school. In Quebec, it is usually the last year of elementary school, or the first year of high school.In the United States, it is important in mathematics, students focus commonly on an introduction to pre-algebra or the beginnings of algebra, including ratio, proportion, percent. New topics sometimes include scientific notation, concepts with negative numbers, and more advanced geometry. In some parts of the United States, such as Texas, Colorado, California and Utah, math may be mixed-grade according to the student's previous knowledge, so some students may already be in a 9th grade algebra course. In social studies, advanced pre-Civil War History is taught. Though American history is usually the norm, other cultures and time periods may be taught. In science, it is usually moderate-level biology   more
1 vote
0 comments
Seventh grade - Voter Comments
No Comments
Vote & Comment
2
VOTING CLOSED

You were able to indoctrinate the guns right out of their hands today, just think of the possibilities if you got them at an even earlier age.
1 vote
0 comments
Age 1 - Voter Comments
No Comments
Vote & Comment
3
VOTING CLOSED

Eighth grade is the term used for the a year of education in the US and elsewhere. Students are usually 13 – 14 years old at the time they enter eighth grade. The eighth grade is typically the final grade before high school, and the ninth grade of p... ublic and private education, following kindergarten and subsequent grades. Similar terms, for example Grade 8, are used in other countries.Eighth grade is usually the third of three grades or the second of two grades of middle school, or the second of three grades or first of two grades in junior high school, although some systems mark it as the final year of elementary school and some as the second year of high school. In countries like India and Pakistan, Grade 8 is commonly known as Class 8   more
0 votes
0 comments
Eighth grade - Voter Comments
No Comments
Vote & Comment
4
VOTING CLOSED

0 votes
0 comments
It should be broken down into junior (pre-6) middle (7 to 9) or high school (10 to 12) - Voter Comments
No Comments
Vote & Comment
No comments yet.
Leave a comment...
(Maximum 900 words)
Privacy Policy | Terms of Use
Sitemap | View Desktop Version
©2020 Debate.org. All rights reserved.