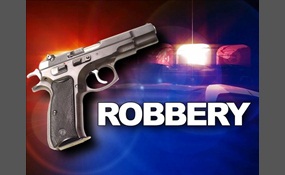 When will the American people realize they are being robbed by the government?

Last week it was reported that the government lost $619 billion dollars. In 2001, the Pentagon lost $2.3 Trillion. The FED also lost $9 Trillion. Let's face facts. America is being robbed blind.

America does realize it but people will do nothing about it and those in power know this.

7 votes
1 comment
America does realize it but people will do nothing about it and those in power know this. - Voter Comments

debate_power says2014-08-11T15:25:20.3960093-05:00
Report Post
It's content with crappy TV shows, scandals, sports, and rosy promises. We've essentially been sold a contract, figuratively speaking, that the government has promised it will act on but never will. We are content with empty promises and view them as a sign of progress.
Vote & Comment
2

Our government would never rob from us there is a logical reason for $12 TRILLION dollars going missing.

0 votes
0 comments
Our government would never rob from us there is a logical reason for $12 TRILLION dollars going missing. - Voter Comments
No Comments
Vote & Comment
3

America will never realize it.

Craighawley215 says2014-08-11T13:28:40.9704953-05:00
Report Post
Your #2 answer is incorrect. Realistically, the debt is closer to 18 trillion dollars. Most people don't know, because most people don't care enough to do their homework. That's why the government has pushed so many social issues in the past 10 years. They keep the people happy with a few cultural decisions, while our finances are spent.

debate_power says2014-08-11T15:24:54.0315023-05:00
Report Post
The government appears in to in the middle of a heated dispute between Republicans and Democrats, but that is not the case- the trivial arguments of both parties are allowed to continue to provide a false veneer of bipartisanship. The U.S. is ruled by one party- the oligarchy.

Zylorarchy says2014-08-11T15:41:07.8579475-05:00
Report Post
Many many countries owe massive debts currently, America is no exception. The governments of the world do not exactly intend to build up massive debts, and so this is not a "robbery".