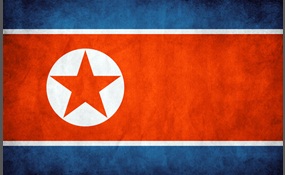 Where do you see North Korea in 20 years?

For once, I've made a North Korea poll that's not spam -.-

emporer1 says2015-07-14T19:42:26.9817375-05:00
Report Post
They have been preparing to do that for 50 years or more at this point. If they continue to build up their forces at the current rate they may successfully stage a blitzkrieg style surprise invasion and take (or destroy) the south. What happens after that is when things get interesting (probably WW3). Either this or it will just be the same under the Kim dynasty.

Without the Kim Dynasy, but still under the Korean Worker's party

1 vote
0 comments
Without the Kim Dynasy, but still under the Korean Worker's party - Voter Comments
No Comments
Vote & Comment
7

komododragon8 says2015-07-14T15:01:42.4648829-05:00
Report Post
I just don't see the Kim regime lasting to long with these purges of top leadership and huge economic downturn. Eventually someone will come along who relizes that the only way to maintain stability is to offer reform.
Vote & Comment
8

Annexed by South Korea or the US

0 votes
0 comments
Annexed by South Korea or the US - Voter Comments
No Comments
Vote & Comment
Leave a comment...
(Maximum 900 words)