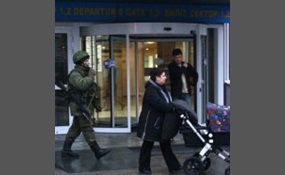 Where is Russian imperialism most evident?

Russia has been illegally occupying this country for a while now. They blatantly deny that have troops there, which is an insult to the UN. Georgia and Russia are in unofficial war. Russia conducts it through its puppet states, Abkhazia and South Os... setia. Solely recognized by Russia   more
1 vote
0 comments
Georgia - Voter Comments
No Comments
Vote & Comment
4

Called Little Russia, oligarchs from the mainland control most of Belarus's commercial sector. The two seek to one day engage in political union, with a full merge of each nations banking, customs, and military
0 votes
0 comments
Belarus - Voter Comments
No Comments
Vote & Comment
8

A nation that has been 100% monopolized by Russia oil, they are an undying informal puppet. Oil pipelines gain them favor with Russia, but also make them reliant. The countryside is riddled with Russian bases and troops.
0 votes
0 comments
Armenia - Voter Comments
No Comments
Vote & Comment
9

A small unrecognized nation, with an Armenian insurgency which has gained de-facto independence, this state is a informal dominion of Russian foreign policy. Azerbaijani troops can not eliminate the rebels, from fear of Russian intervention and thre... ats. The close proximity troops in Armenia, encourage the Muslims to know their plac   more
0 votes
0 comments
Nagona - Karabahk (Azerbaijan) - Voter Comments
No Comments
Vote & Comment
No comments yet.
Leave a comment...
(Maximum 900 words)
Privacy Policy | Terms of Use
Sitemap | View Desktop Version
©2021 Debate.org. All rights reserved.