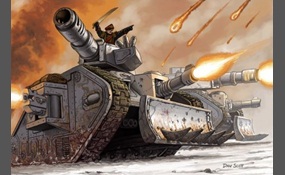 Where is the best place to live?

The Imperium of Man or Imperium of Mankind is a galactic empire in the fictional universe of Warhammer 40,000. It is a Theocratic industrial and militaristic totalitarian regime that rules over almost all of humanity and spans more than a million in... habited worlds   more
1 vote
0 comments
Imperium of Man - Voter Comments
No Comments
Vote & Comment
3

North Korea, officially the Democratic People's Republic of Korea, is a country in East Asia, in the northern part of the Korean Peninsula. The name Korea is derived from Goryeo, a name used by ancient and medieval kingdoms. The capital and largest ... city is Pyongyang. North Korea shares a land border with China to the north and north-west, along the Amnok and Tumen rivers. A small section of the Tumen River also forms North Korea's short border with Russia to the northeast. The Korean Demilitarized Zone marks the boundary between North Korea and South Korea. The legitimacy of this border is not accepted by either side, as both states claim to be the legitimate government of the entire peninsula.Korea was annexed by the Empire of Japan in 1910. In 1945, when Japan was defeated in World War II, Korea was divided into two occupied zones, with the north occupied by the Soviet Union and the south by the United States. Negotiations on unification failed, and in 1948 two separate governments were formed: the Democratic People's Republic of Korea in the north, and the Republic of Korea in the south. The conflicting claims of sovereignty led to the Korean War in 1950   more
0 votes
0 comments
North Korea - Voter Comments
No Comments
Vote & Comment
5

Utopia, presided over by your friend and mine, Friend Computer. Disagreeing with that statement is treason. Treason is punishable by death.
0 votes
0 comments
Alpha Complex - Voter Comments
No Comments
Vote & Comment
Leave a comment...
(Maximum 900 words)