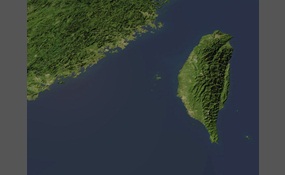 Where is the future of Taiwan?

What is ironic in Taiwan Strait issue is that even the strait is named after Taiwan, Taiwan’s future isn’t in the hand of the locals. However, as a Taiwanese, what do you think on the future possibilities of Taiwan?

I don't care. I will be fine with either of these.

5 votes
0 comments
I don't care. I will be fine with either of these. - Voter Comments
No Comments
Vote & Comment
2

Washington will keep back Taiwan up, independence is the only result.

O Washington is limiting PRC to grow to a peer competitor. O Taiwan has notable economic and military capacities. O Taipei can provide lands for Washington to build military base and provide military supplies; the whole island is just like unsinkabl... e enormous aircraft-carriers which can play a crucial role in controlling eastern coasts of China where all the big cities are   more
4 votes
0 comments
Washington will keep back Taiwan up, independence is the only result. - Voter Comments
No Comments
Vote & Comment
3

Beijing wouldn't give up,unification is unavoidable.

O Taiwan issue is a great way engender nationalism which can divert the public’s attention and maintain the political system. O Nowadays, the unification has already became a core element of Chinese national identity. Any leadership group that would...  allow Taiwan to become formally independent would be at risk of losing its legitimacy in the eyes of the Chinese public. O Taiwan is one of the allies of the U.S. in Asia and the nature of Taiwan strait issue is China wants to expand its domination range while the U.S. O Beijing wants to protect China’s oil supplies and secure its energy lifeline   more
3 votes
2 comments
Beijing wouldn't give up,unification is unavoidable. - Voter Comments

thesouthwillrise says2014-05-02T07:30:01.6059409-05:00
Report Post
Washington has not recognized Taiwan as an official country. It is a de facto country, meaning that it is not official, but they don't care. Much like the Confederate States of America during the civil war.
Vote & Comment
Leave a comment...
(Maximum 900 words)

Jifpop09 says2014-05-01T13:10:44.5033549-05:00
Report Post
Stupid polls. I would pick independence, but the whole Washington backing them up is stupid. We don't even recognize them, or have formal relations. How about the status quo?
Privacy Policy | Terms of Use
Sitemap | View Desktop Version
©2021 Debate.org. All rights reserved.