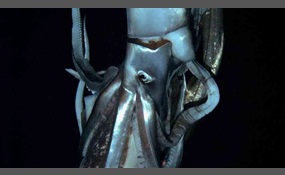 Which animal would win a kraken or giant squid? 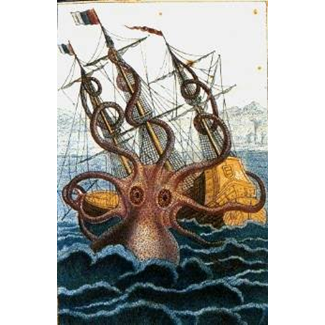 Kraken is a legendary sea monster of giant proportions that is said to dwell off the coasts of Norway and Greenland. The legend may have originated from sightings of giant squid that are estimated to grow to 13–15 m in length, including the tentacles. The sheer size and fearsome appearance attributed to the kraken have made it a common ocean-dwelling monster in various fictional works. 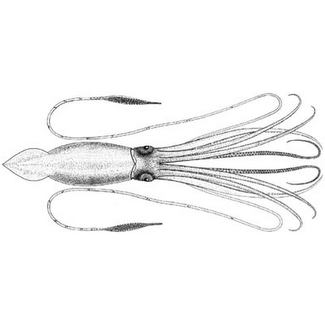 The giant squid is a deep-ocean dwelling squid in the family Architeuthidae. Giant squid can grow to a tremendous size: recent estimates put the maximum size at 13 m for females and 10 m for males from the posterior fins to the tip of the two long tentacles. The mantle is about 2 m long, and the length of the squid excluding its tentacles is about 5 m. Claims of specimens measuring 20 m or more have not been scientifically documented.The number of different giant squid species has been debated, but recent genetic research suggests that only one species exists.In 2004 Japanese researchers took the first images of a live giant squid in its natural habitat, and in July 2012 a live adult was first filmed in its natural habitat off Chichi-jima.