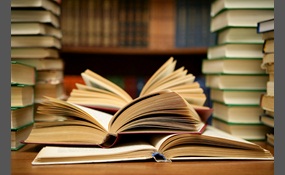 Which book character would win in a fight

Katniss Everdeen is a fictional character and the protagonist of Suzanne Collins' The Hunger Games trilogy. Her name comes from an edible plant called katniss. Academy Award-winning actress Jennifer Lawrence portrayed Katniss in the films The Hunger...  Games, and The Hunger Games: Catching Fire. She will reprise her role in the sequels The Hunger Games: Mockingjay – Part 1, and The Hunger Games: Mockingjay – Part 2.Katniss and her family come from District 12, a coal-mining district that is the poorest and least populated district in the dystopian fictional autocratic nation of Panem. In the course of the first book, The Hunger Games, Katniss volunteers to replace her sister, Primrose "Prim" Everdeen, after she is called forth during Reaping Day, a day in which, annually, one male and one female tribute between the ages of 12 to 18 are called forth from each district to fight to the death in an arena and only one person can come out alive from all 24 people in what are known as the Hunger Games. Katniss, after an alliance with Rue from District 11, a 12-year-old who had a very touching death, she joins up with fellow District 12 tribute Peeta Mellark, and the pair compete in the Games together. She uses her knowledge of hunting and archery to survive, and the two become the victors after defying the Capitol's attempt to force one to kill the other. Throughout the next two novels, Catching Fire and Mockingjay, Katniss becomes the symbol of a rebellion for the twelve districts against the Capitol's oppression   more
2 votes
0 comments
Katniss Everdeen - Voter Comments
No Comments
Vote & Comment
3

Seido says2014-05-03T20:29:02.0279120-05:00
Report Post
The only character here that I don't know too much about is Jace Lightwood. If anything that I'm about to say is incorrect due to my lack of knowledge about him, please correct me. Alright, so now that I've said that, I definitely have to say that Carter Kane would win. Outside of Percy Jackson, he is the only one that has the ability to use magic. He can summon the might of the Egyptian gods to his side to assist him in his fighting. He has managed to take down the god of chaos, the god of the underworld, among others. He has the ability to perfectly combine himself with Horus, one of the most powerful Egyptian gods. Excluding Percy Jackson, the others have: A bow and arrow, a dagger, and a bit of courage. There's no contest there. In regard to Percy Jackson... Well, that's a bit different. Percy has the ability to summon the might of Poesiden, which is a damned awesome ability; however, I'm still going to have to say that Carter Kane would win. If you compare the gods that they have downed, Carter Kane ends up winning. It might be a close battle, but I believe that Carter Kane's ability to perfectly fuse with Horus would likely be able to overcome anything that Percy could throw his way.
Vote & Comment
5

jessica044 says2014-06-17T07:22:55.1087985-05:00
Report Post
Hello dear My name is Jessica cudjoe I know that this email will meet you in a good health and also surprisingly but God has his own way of bringing people together. Nice to Meet you i wait impatiently to read from you I would appreciate if you send email to my private email box please reply me with this email ( jessicacudjoe16(at )hotmail.Com ) So I can send my pictures and explained more about me Yours Jessica
Privacy Policy | Terms of Use
Sitemap | View Desktop Version
©2021 Debate.org. All rights reserved.