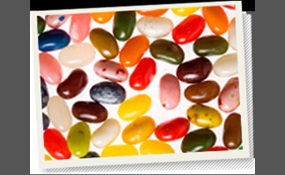 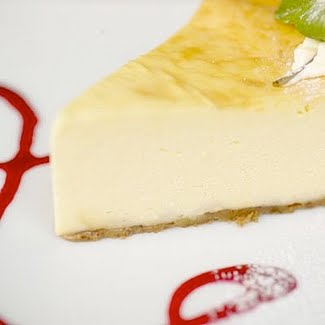 Cheesecake is a sweet dish consisting of one or more layers. The main, and thickest layer, consists of a mixture of soft, fresh cheese, eggs, and sugar; if there is a bottom layer it often consists of a crust or base made from crushed cookies, graham crackers, pastry, or sponge cake. It may be baked or unbaked. Cheesecake is usually sweetened with sugar and may be flavored or topped with fruit, whipped cream, nuts, fruit sauce, and/or chocolate syrup. Cheesecake can be prepared in many flavors, such as; strawberry, pumpkin, key lime, chestnut, or toffee. 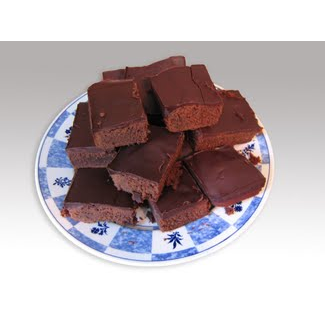 A chocolate brownie is a flat, baked square or bar developed in the United States at the end of the 19th century and popularized in both the U.S. and Canada during the first half of the 20th century. The brownie is a cross between a cake and a cookie in texture. Brownies come in a variety of forms. They are either fudgy or cakey, depending on their density, and they may include nuts, frosting, whipped cream, chocolate chips, or other ingredients. A variation that is made with brown sugar and no chocolate is called a blondie.Brownies are common lunchbox fare, typically eaten by hand, and often accompanied by milk or coffee. They are sometimes served warm with ice cream, topped with whipped cream or marzipan, or sprinkled with powdered sugar. They are especially popular in restaurants, where they can be found in variation on many dessert menus.