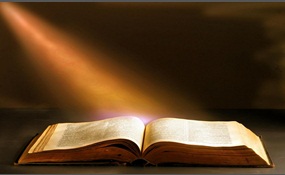 Which Christian denomination has the right interpretation of the bible and its teachings?

With all these different denominations/cults, who has the right version.

There is no "right" denomination

labarum says2014-05-23T20:42:49.9072183-05:00
Report Post
The reason that I chose this answer was because the church should not be all powerful and exclusive in it's leadership ( like the Catholic church is) Jesus him self believed in a free church of a preacher and his flock.
Vote & Comment
4

None. It is the Scientologists who will meet Kiplar

1 vote
0 comments
None. It is the Scientologists who will meet Kiplar - Voter Comments
No Comments
Vote & Comment
7

The Bahá'í Faith is a monotheistic religion emphasizing the spiritual unity of all humankind. Three core principles establish a basis for Bahá'í teachings and doctrine: the unity of God, that there is only one God who is the source of all creation; ... the unity of religion, that all major religions have the same spiritual source and come from the same God; and the unity of humanity, that all humans have been created equal, and that diversity of race and culture are seen as worthy of appreciation and acceptance. According to the Bahá'í Faith's teachings, the human purpose is to learn to know and love God through such methods as prayer, reflection and being of service to humanity.The Bahá'í Faith was founded by Bahá'u'lláh in 19th-century Persia. Bahá'u'lláh was exiled for his teachings, from Persia to the Ottoman Empire, and died while officially still a prisoner. After Bahá'u'lláh's death, under the leadership of his son, `Abdu'l-Bahá, the religion spread from its Persian and Ottoman roots, and gained a footing in Europe and America, and was consolidated in Iran, where it suffers intense persecution. After the death of `Abdu'l-Bahá, the leadership of the Bahá'í community entered a new phase, evolving from a single individual to an administrative order with both elected bodies and appointed individuals. There are probably more than 5 million Bahá'ís around the world in more than 200 countries and territories   more
0 votes
0 comments
Bahá'í Faith - Voter Comments
No Comments
Vote & Comment
Leave a comment...
(Maximum 900 words)

SweetTea says2014-05-25T04:26:51.3465734-05:00
Report Post
The bottom-line, none probably have it 100% correct. The Bible does not endorse any specific Christian denomination. Scripture teaches unity among all Christians instead of showing preference, "The body is a unit, though it is made up of many parts; and though all its parts are many, they form one body. So it is with Christ. For we were all baptized by one Spirit into one body-whether Jews or Greeks, slave or free-and we were all given the one Spirit to drink. Now the body is not made up of one part but of many. " (1 Corinthians 12:12-14)