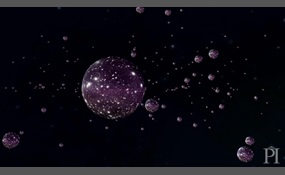 Which Cinematic Universe Would you like to see Created or Modernised?

The Cthulhu Mythos is a shared fictional universe, based on the work of American horror writer H. P. Lovecraft. The term was coined by August Derleth, a contemporary correspondent and protégé of Lovecraft, to identify the settings, tropes, and lore ... that were employed by Lovecraft and his literary successors. The name Cthulhu derives from the central creature in Lovecraft's seminal short story, "The Call of Cthulhu", first published in the pulp magazine Weird Tales in 1928   more
1 vote
0 comments
Cthulhu Mythos. - Voter Comments
No Comments
Vote & Comment
3

The SCP Foundation is a fictional organization that is the subject of a web-based collaborative writing project of the same name. The stories generated by the project describe the exploits of the Foundation, supposedly responsible for containing ind... ividuals, entities, locations, and objects that violate natural law (referred to as SCPs). The main written works on the SCP Foundation website are articles written in the style of structured internal documentation about the contained SCPs. The website also contains thousands of "Foundation Tales", short stories set within the universe of the SCP Foundation. The SCP Foundation series has received praise for its ability to convey horror through its scientific and academic writing style, as well as for its high quality standards. The SCP Foundation has also inspired numerous spin-off works, including the video game SCP – Containment Breach   more
0 votes
0 comments
The SCP Foundation. - Voter Comments
No Comments
Vote & Comment
Leave a comment...
(Maximum 900 words)