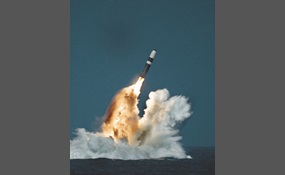 Which conflict is most likely to start WW3?

WW3 is not likely to occur

Military Tensions between NATO and Russia

Tensions between Israel and Iran

Military/Diplomatic Tensions between China and The United States.

Most notably The US's paranoia over the expansion of China.
2 votes
1 comment
Military/Diplomatic Tensions between China and The United States. - Voter Comments

Diplomatic tensions between the US and Iran

ISIL incursions in the Middle East

Most Notably in Syria and along the Turkish border.
1 vote
0 comments
ISIL incursions in the Middle East - Voter Comments
No Comments
Vote & Comment
8

Diplomatic tensions between the US and Russia

Territorial tensions between Japan and China

Vox_Veritas says2015-08-06T21:33:28.5639319Z
Report Post
China's desire to become a superpower will cause it to try to undermine the US's influence in East Asia and assert its own military presence in the region, to the chagrin of its US-aligned neighbors (or just nations that hate China in general, such as Vietnam). Meanwhile, Russia resents NATO and the United States, and it wants to undermine both and become a regional superpower. The two nations, sharing a common hatred of things such as human rights and freedom, will ally together against the West in order to form a new world order. Naturally some crap will happen after this and then WW3 will start. It'll quite possibly start in either 2016 or 2017.

reece says2015-08-06T21:59:08.1534010Z
Report Post
@Vox_Veritas In may this year Xi Jinping announced that world war 3 is inevitable if America doesn't get rid of it's military presence off it's shores. Despite this warning, the US hasn't moved.

Diqiucun_Cunmin says2015-08-07T17:17:07.9737318Z
Report Post
Uther, you should have put Diaoyu first, and put Senkaku in round brackets, if at all. Diaoyu was the original name; Senkaku is a silly name concocted by the Japanese who robbed us of the islands, and besides, it simply sounds like nails on a chalkboard...

Troy_the_Destroyer says2015-09-08T06:08:41.4345367Z
Report Post
Bernie Sanders makes it into the primary election and goes head to head with Donald Trump. Trump continues to make a fool of himself and hands out Renee Zelwegger's home phone number during a live debate. The Corporate powers recognize Bernie is on the verge of winning the presidential office and they send 2 Black Lives Matter terrorist to have him whacked. Bernie ducks a Mac 10 and escapes into his private escort but suffers a heart attack because he's old. Alex Jones blames the Illuminati and North korea weren't bluffing, they have 10 nukes which they launch wiping out the entire planet.
Privacy Policy | Terms of Use
Sitemap | View Desktop Version
©2021 Debate.org. All rights reserved.