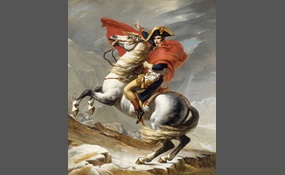 Which country contributed the most to Napoleon's downfall? 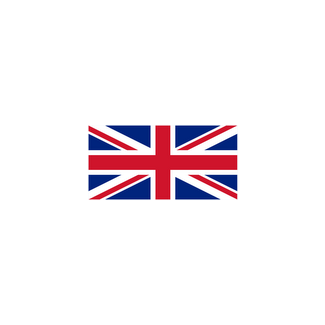 The British Empire comprised the dominions, colonies, protectorates, mandates and other territories ruled or administered by the United Kingdom. It originated with the overseas possessions and trading posts established by England between the late 16th and early 18th centuries. At its height, it was the largest empire in history and, for over a century, was the foremost global power. By 1922 the British Empire held sway over about 458 million people, one-fifth of the world's population at the time. The empire covered more than 33,700,000 km², almost a quarter of the Earth's total land area. As a result, its political, legal, linguistic and cultural legacy is widespread. At the peak of its power, the phrase "the empire on which the sun never sets" was often used to describe the British Empire, because its expanse around the globe meant that the sun was always shining on at least one of its territories.During the Age of Discovery in the 15th and 16th centuries, Portugal and Spain pioneered European exploration of the globe, and in the process established large overseas empires. 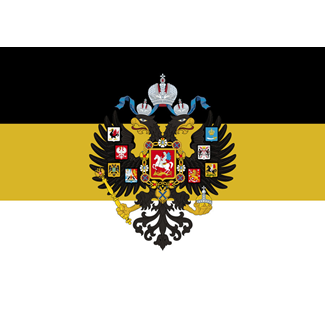 The Russian Empire was a state that existed from 1721 until overthrown by the short-lived liberal February Revolution in 1917. One of the largest empires in world history, stretching over three continents, the Russian Empire was surpassed in landmass only by the British and Mongol empires. It played a major role in 1812–14 in defeating Napoleon's ambitions to control Europe, and expanded to the west and south. It was often in conflict with the Ottoman Empire.At the beginning of the 19th century, the Russian Empire extended from the Arctic Ocean in the north to the Black Sea on the south, from the Baltic Sea on the west to the Pacific Ocean, and into Alaska in North America on the east. With 125.6 million subjects registered by the 1897 census, it had the third largest population in the world at the time, after Qing China and the British Empire. Like all empires, it included a large disparity in terms of economics, ethnicity, and religion. There were numerous dissident elements, who launched numerous rebellions and assassination attempts; they were closely watched by the secret police, with thousands exiled to Siberia. 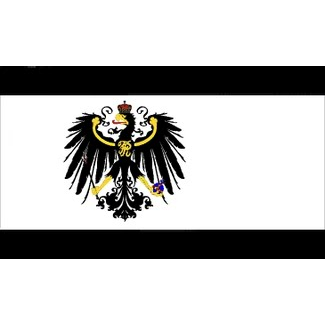 The Kingdom of Prussia was a German kingdom that existed between 1701 and 1918 and included parts of present-day Germany, Poland, Russia, Lithuania, Denmark, Belgium and the Czech Republic. It was the driving force behind the unification of Germany in 1871, and was the leading state of the German Empire until its dissolution in 1918. Although it took its name from the region called Prussia, it was based in Brandenburg, where its capital was Berlin.Prussia was a great power from the time it became a kingdom, through its predecessor, Brandenburg-Prussia, which became a military power under Frederick William, known as "The Great Elector".Prussia continued its reign of power under the guidance of Frederick II, the third son of Frederick William I of Prussia. Frederick the great was credited for starting the Seven Years' War, holding his own against Austria, Russia, France and Sweden and establishing Prussia’s role in the German states, as well as establishing the country as a European great power. After the might of Prussia was revealed it became a major power for the German states. Throughout the next hundred years they went on to win many battles for the German states. 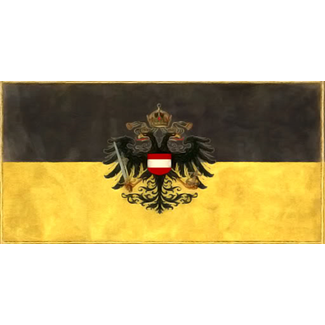 Austria, officially the Republic of Austria, is a federal republic and a landlocked country of roughly 8.5 million people in Central Europe. It is bordered by the Czech Republic and Germany to the north, Hungary and Slovakia to the east, Slovenia and Italy to the south, and Switzerland and Liechtenstein to the west. The territory of Austria covers 83,879 square kilometres and has alpine climate. Austria's terrain is highly mountainous, lying within the Alps; only 32% of the country is below 500 metres, and its highest point is 3,798 metres. The majority of the population speak local Bavarian dialects of German as their native language, and Austrian German in its standard form is the country's official language. Other local official languages are Hungarian, Burgenland Croatian, and Slovene.The origins of modern-day Austria date back to the time of the Habsburg dynasty when the vast majority of the country was a part of the Holy Roman Empire. From the time of the Reformation, many Northern German princes, resenting the authority of the Emperor, used Protestantism as a flag of rebellion.

Donderpants says2015-07-29T16:29:51.3034559-05:00
Report Post
Well actually France probably contributed most to his downfall- as it also contributed most to his rise. It was his own bad choice to wait for the grounds to dry at the battle of Waterloo- they had a clear advantage and they chucked it away. Also, you can't fall if you don't rise.

RussiaPutinBest says2015-07-30T00:49:48.8923744Z
Report Post
And just to add to that, had Napoleon not invaded Russia there never would have been a battle of Waterloo since Napoleon's dominance over Europe would have continued.
Privacy Policy | Terms of Use
Sitemap | View Desktop Version
©2020 Debate.org. All rights reserved.