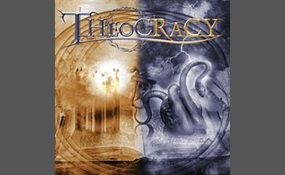 Which country has the most religious influence in politics?

Saudi Arabia, officially known as the Kingdom of Saudi Arabia, is the largest Arab state in Western Asia by land area, and the second-largest in the Arab world after Algeria. It is bordered by Jordan and Iraq to the north, Kuwait to the northeast, Q... atar, Bahrain and the United Arab Emirates to the east, Oman to the southeast, and Yemen in the south. It is the only nation with both a Red Sea coast and a Persian Gulf coast and much of its terrain consists of inhospitable desert.Before the inception of the Kingdom of Saudi Arabia, modern-day Saudi Arabia consisted of four distinct regions: Hejaz, Najd and parts of Eastern Arabia and Southern Arabia. The Kingdom of Saudi Arabia was founded in 1932 by Ibn Saud; he united the four regions into a single state through a series of conquests beginning in 1902 with the capture of Riyadh, the ancestral home of his family, the House of Saud. The country has since been an absolute monarchy governed along Islamic lines, namely under the influence of Wahhabism. Saudi Arabia is sometimes called "the Land of the Two Holy Mosques" in reference to Al-Masjid al-Haram, and Al-Masjid an-Nabawi, the two holiest places in Islam   more
10 votes
1 comment
Saudi Arabia - Voter Comments

Iran, also known as Persia, officially the Islamic Republic of Iran, is a country in Western Asia. It is bordered to the northwest by Armenia and Azerbaijan, with Kazakhstan and Russia across the Caspian Sea; to the northeast by Turkmenistan; to the...  east by Afghanistan and Pakistan; to the south by the Persian Gulf and the Gulf of Oman; and to the west by Turkey and Iraq. Comprising a land area of 1,648,195 km², it is the second-largest nation in the Middle East and the 18th-largest in the world; with 78.4 million inhabitants, Iran is the world's 17th most populous nation. It is the only country that has both a Caspian Sea and Indian Ocean coastline. Iran has been of geostrategic importance because of its central location in Eurasia and Western Asia and the Strait of Hormuz.Iran is home to one of the world's oldest civilizations, beginning with the formation of the Proto-Elamite and Elamite kingdom in 3200–2800 BCE. The Iranian Medes unified the country into the first of many empires in 625 BCE, after which it became the dominant cultural and political power in the region   more
3 votes
2 comments
Iran - Voter Comments

Israel, officially the State of Israel, is a country in Western Asia, situated at the southeastern shore of the Mediterranean Sea. It shares land borders with Lebanon to the north, Syria in the northeast, Jordan on the east, the Palestinian territor... ies comprising the West Bank and Gaza Strip on the east and southwest, respectively, and Egypt and the Gulf of Aqaba in the Red Sea to the south. It contains geographically diverse features within its relatively small area. Israel's financial center is Tel Aviv, while Jerusalem is the country's most populous city and its designated capital, although Israeli sovereignty over Jerusalem is not recognized internationally.On 29 November 1947, the United Nations General Assembly recommended the adoption and implementation of the Partition Plan for Mandatory Palestine. The end of the British Mandate for Palestine was set for midnight on 14 May 1948. That day, David Ben-Gurion, the Executive Head of the Zionist Organization and president of the Jewish Agency for Palestine, declared "the establishment of a Jewish state in Eretz Israel, to be known as the State of Israel," which would start to function from the termination of the mandate   more
2 votes
0 comments
Israel - Voter Comments
No Comments
Vote & Comment
4

Pakistan, officially the Islamic Republic of Pakistan, is a sovereign country in South Asia. With a population exceeding 180 million people, it is the sixth most populous country and with an area covering 796,095 km², it is the 36th largest country ... in the world in terms of area. Pakistan has a 1,046-kilometre coastline along the Arabian Sea and the Gulf of Oman in the south and is bordered by India to the east, Afghanistan to the west, Iran to the southwest and China in the far northeast. It is separated from Tajikistan by Afghanistan's narrow Wakhan Corridor in the north, and also shares a marine border with Oman.The territory that now constitutes Pakistan was previously home to several ancient cultures, including the Mehrgarh of the Neolithic and the Bronze Age Indus Valley Civilisation, and was later home to kingdoms ruled by people of different faiths and cultures, including Hindus, Indo-Greeks, Muslims, Turco-Mongols, Afghans and Sikhs   more
1 vote
0 comments
Pakistan - Voter Comments
No Comments
Vote & Comment
5

Estonia, officially the Republic of Estonia, is a country in the Baltic region of Northern Europe. It is bordered to the north by the Gulf of Finland, to the west by the Baltic Sea, to the south by Latvia, and to the east by Lake Peipus and Russia. ... Across the Baltic Sea lies Sweden in the west and Finland in the north. The territory of Estonia covers 45,227 km², and is influenced by a humid continental climate.Estonia is a democratic parliamentary republic divided into fifteen counties, with its capital and largest city being Tallinn. With a population of 1.3 million, it is one of the least-populous member states of the European Union, Eurozone, the North Atlantic Treaty Organization and the Schengen Area. The Estonians are a Finnic people, and the official language, Estonian, is a Finno-Ugric language closely related to Finnish, and distantly to Hungarian and to the Sami languages.A developed country with an advanced, high-income economy, Estonia is a member of the Organisation for Economic Co-operation and Development. It ranks very high in the Human Development Index, and performs favourably in measurements of economic freedom, civil liberties, education, and press freedom   more
1 vote
1 comment
Estonia - Voter Comments

benhos says2015-08-02T22:57:14.5136911Z
Report Post
Statistics have proven that the importance of religion in Estonia is the lowest out of the world. This is tied with Japan and is followed by Sweden, Norway, Denmark, and the Czech Republic.
Vote & Comment
6

Turkey, officially the Republic of Turkey, is a contiguous transcontinental parliamentary republic largely located in Western Asia with the smaller portion of Eastern Thrace in Southeastern Europe. Turkey is bordered by eight countries: Bulgaria to ... the northwest; Greece to the west; Georgia to the northeast; Armenia, Iran and the Azerbaijani exclave of Nakhchivan to the east; and Iraq and Syria to the southeast. The Mediterranean Sea is to the south; the Aegean Sea to the west; and the Black Sea to the north. The Sea of Marmara, the Bosphorus and the Dardanelles demarcate the boundary between Thrace and Anatolia; they also separate Europe and Asia. Turkey's location at the crossroads of Europe and Asia makes it a country of significant geostrategic importance.Turkey has been inhabited since the paleolithic age, including various Ancient Anatolian civilizations, Aeolian and Ionian Greeks, Thracians, and Persians. After Alexander the Great's conquest, the area was Hellenized, which continued with the Roman rule and the transition into the Byzantine Empire   more
0 votes
0 comments
Turkey - Voter Comments
No Comments
Vote & Comment
8

Mexico, officially the United Mexican States, is a federal republic in North America. It is bordered on the north by the United States; on the south and west by the Pacific Ocean; on the southeast by Guatemala, Belize, and the Caribbean Sea; and on ... the east by the Gulf of Mexico. Covering almost two million square kilometres, Mexico is the fifth largest country in the Americas by total area and the 13th largest independent nation in the world. With an estimated population of over 113 million, it is the eleventh most populous and the most populous Spanish-speaking country in the world and the second most populous country in Latin America. Mexico is a federation comprising thirty-one states and a Federal District, its capital and largest city.In pre-Columbian Mexico many cultures matured into advanced civilizations such as the Olmec, the Toltec, the Teotihuacan, the Zapotec, the Maya and the Aztec before first contact with Europeans. In 1521, the Spanish Empire conquered and colonized the territory from its base in Mexico-Tenochtitlan, which was administered as the Viceroyalty of New Spain   more
0 votes
0 comments
Mexico - Voter Comments
No Comments
Vote & Comment
9

Ireland is an island in the North Atlantic to the west of Great Britain, from which it is separated by the North Channel, the Irish Sea, and St Georges Channel, and after which it is the largest island of the British Isles archipelago. It is the thi... rd-largest island in Europe and the twentieth-largest island on Earth.Politically, Ireland is divided between the Republic of Ireland, which covers five-sixths of the island, and Northern Ireland, a part of the United Kingdom, which covers the remaining area and is located in the north-east of the island. The population of Ireland is about 6.4 million. Just under 4.6 million live in the Republic of Ireland and just over 1.8 million live in Northern Ireland.The island's geography comprises relatively low-lying mountains surrounding a central plain, with several navigable rivers extending inland. The island has lush vegetation, a product of its mild but changeable oceanic climate, which avoids extremes in temperature. Thick woodlands covered the island until the Middle Ages. As of 2013, the amount of land that is wooded in Ireland is about 11% of the total, compared with a European average of 35%   more
0 votes
0 comments
Ireland - Voter Comments
No Comments
Vote & Comment
Leave a comment...
(Maximum 900 words)