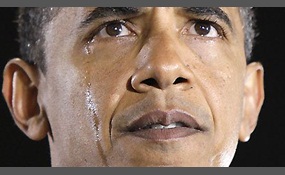 Which Country Is the most hated by the USA?

Iraq, officially the Republic of Iraq, is a country in Western Asia that borders Turkey to the north, Iran to the east, Kuwait to the southeast, Saudi Arabia to the south, Jordan to the southwest, and Syria to the west. The capital, Baghdad, is in t... he center of the country and its largest city. The largest ethnic group in Iraq are Arabs, Kurds with their own autonomous Kurdistan Region form the largest minority, and other ethnic groups include Assyrians, Turcoman, Shabaki, Armenians, Mandeans, Circassians and Kawliya. Around 95% of the country's 36 million citizens are Shia or Sunni Muslims, with Christianity, Yarsan, Yezidism and Mandeanism also extant.Iraq has a narrow section of coastline measuring 58 km on the northern Persian Gulf and its territory encompasses the Mesopotamian Alluvial Plain, the northwestern end of the Zagros mountain range, and the eastern part of the Syrian Desert. Two major rivers, the Tigris and Euphrates, run south through the center of Iraq and flow into the Shatt al-Arab near the Persian Gulf. These rivers provide Iraq with significant amounts of fertile land   more
0 votes
0 comments
Iraq - Voter Comments
No Comments
Vote & Comment
9

58539672 says2015-05-30T00:17:31.6637209-05:00
Report Post
Most Americans have a negative view toward the Russian government mostly because they were once are arch-nemesis. It has more to do with residual hatred toward the USSR than anything the Federation has actually done to us.