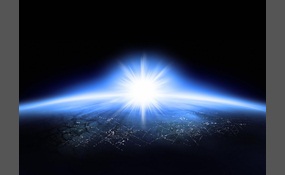 Which country is the most responsible for the current world order?

The political world today is radically different than what it was a century ago. Which country can shoulder most of the blame for this? You can look at it from the world wars perspective, cold war perspective, or any other perspective that provides an answer. Please give reasons for your answer - they are bound to be interesting!

The United States of America, commonly referred to as the United States, America, and sometimes the States, is a federal republic consisting of 50 states and a federal district. The 48 contiguous states and Washington, D.C., are in central North Ame... rica between Canada and Mexico. The state of Alaska is the northwestern part of North America and the state of Hawaii is an archipelago in the mid-Pacific. The country also has five populated and nine unpopulated territories in the Pacific and the Caribbean. At 3.80 million square miles and with around 318 million people, the United States is the world's third- or fourth-largest country by total area and third-largest by population. It is one of the world's most ethnically diverse and multicultural nations, the product of large-scale immigration from many countries. The geography and climate of the United States is also extremely diverse, and it is home to a wide variety of wildlife.Paleo-Indians migrated from Eurasia to what is now the U.S. mainland around 15,000 years ago, with European colonization beginning in the 16th century. The United States emerged from 13 British colonies located along the Atlantic seaboard   more
11 votes
4 comments
United States of America - Voter Comments

The United Kingdom of Great Britain and Northern Ireland, commonly known as the United Kingdom or Britain, is a sovereign state in Europe. Lying off the north-western coast of the European mainland, the country includes the island of Great Britain, ... the north-eastern part of the island of Ireland, and many smaller islands. Northern Ireland is the only part of the UK that shares a land border with another state: the Republic of Ireland. Apart from this land border, the UK is surrounded by the Atlantic Ocean, with the North Sea in the east and the English Channel in the south. The Irish Sea lies between Great Britain and Ireland. The UK has an area of 243,610 square kilometres, making it the 78th-largest sovereign state in the world and the 11th-largest in Europe.The United Kingdom is the 22nd-most populous country, with an estimated 64.1 million inhabitants. It is a constitutional monarchy with a parliamentary system of governance. Its capital city is London, an important global city and financial centre with the second-largest urban area in Europe, and its metropolitan area is the largest in European Union, with a population of about 14 million according Eurostat   more
1 vote
1 comment
United Kingdom - Voter Comments

Serbia, officially the Republic of Serbia, is a country situated at the crossroads between Central and Southeast Europe, covering the southern part of the Pannonian Plain and the central Balkans. Serbia is landlocked and borders Hungary to the north... ; Romania and Bulgaria to the east; Macedonia to the south; and Croatia, Bosnia, and Montenegro to the west; it also claims a border with Albania through the disputed territory of Kosovo. The capital of Serbia, Belgrade, is one of the largest cities in Southeast Europe.Following the Slavic migrations to the Balkans from the 6th century onwards, Serbs established several states in the early Middle Ages. The Serbian Kingdom obtained recognition by Rome and Constantinople in 1217; it reached its peak in 1346 as a short-lived Serbian Empire. By the mid-16th century, the entire territory of modern-day Serbia was annexed by the Ottoman Empire, at times interrupted by the Habsburgs. In the early 19th century, the Serbian Revolution established the nation-state as the region's first constitutional monarchy, which subsequently expanded its territory   more
1 vote
1 comment
Serbia - Voter Comments

Debatasaurus says2015-06-23T15:01:18.4476139-05:00
Report Post
With the assassination of Austrian Franz Ferdinand, Serbian nationalists broke the balance of power in Europe and indirectly caused the First World War, which heralded the beginning of US dominance on the world stage, the rise and downfall of socialism, and the emergence of international diplomacy and globalisation. All indirect, but interesting option.
Vote & Comment
4

Russia, also officially known as the Russian Federation, is a country in northern Eurasia. It is a federal semi-presidential republic. From northwest to southeast, Russia shares land borders with Norway, Finland, Estonia, Latvia, Lithuania and Polan... d, Belarus, Ukraine, Georgia, Azerbaijan, Kazakhstan, China, Mongolia, and North Korea. It shares maritime borders with Japan by the Sea of Okhotsk and the US state of Alaska across the Bering Strait. At 17,075,400 square kilometres, Russia is the largest country in the world, covering more than one-eighth of the Earth's inhabited land area. Russia is also the world's ninth most populous nation with 143 million people as of 2012. Extending across the entirety of northern Asia and much of Eastern Europe, Russia spans nine time zones and incorporates a wide range of environments and landforms.The nation's history began with that of the East Slavs, who emerged as a recognizable group in Europe between the 3rd and 8th centuries AD. Founded and ruled by a Varangian warrior elite and their descendants, the medieval state of Rus arose in the 9th century   more
0 votes
0 comments
Russia - Voter Comments
No Comments
Vote & Comment
6

France, officially the French Republic, is a unitary sovereign state comprising territory in western Europe and several overseas regions and territories. Metropolitan France extends from the Mediterranean Sea to the English Channel and the North Sea... , and from the Rhine to the Atlantic Ocean; due to its shape, it is often referred to in French as l’Hexagone. France is one of only three countries to have both Atlantic and Mediterranean coastlines. France has a population of 66 million. France is a semi-presidential republic with its capital in Paris, the nation's largest city and the main cultural and commercial center. The Constitution of France establishes the country as secular and democratic, with its sovereignty derived from the people.During the Iron Age, what is now France was inhabited by the Gauls, a Celtic people. The Gauls were conquered by the Roman Empire in 51 BC, which held Gaul until 486. The Gallo-Romans faced raids and migration from the Germanic Franks, who dominated the region for hundreds of years, eventually creating the medieval Kingdom of France   more
0 votes
0 comments
France - Voter Comments
No Comments
Vote & Comment
7

Austria-Hungary, also known as the Austro-Hungarian Empire and by other names, was a constitutional union of the Empire of Austria and the Apostolic Kingdom of Hungary that existed from 1867 to 1918, when it collapsed as a result of defeat in World ... War I. The union was a result of the Compromise of 1867. It was ruled by the House of Habsburg, and constituted the last phase in the constitutional evolution of the Habsburg Monarchy. Following the 1867 reforms, the Austrian and the Hungarian states were co-equal within the Empire. The Compromise required regular renewal, as did the customs union between the two halves of the Empire. Foreign affairs and the military fell under joint control, but all other government faculties were divided between the respective states.Austria-Hungary was a multinational realm and one of the world's great powers. Austria-Hungary was geographically the second-largest country in Europe after the Russian Empire, at 621,538 km², and the third-most populous. The Empire built up the fourth-largest machine building industry of the world, after the United States, Germany, and Britain   more
0 votes
0 comments
Austria-Hungary - Voter Comments
No Comments
Vote & Comment
8

The Union of Soviet Socialist Republics abbreviated to USSR and SU or shortened to the Soviet Union, was a Marxist–Leninist state on the Eurasian continent that existed between 1922 and 1991. It was governed as a single-party state by the Communist ... Party with Moscow as its capital. A union of multiple subnational Soviet republics, its government and economy were highly centralized.The Soviet Union had its roots in the Russian Revolution of 1917, which overthrew the Russian Empire. The Bolsheviks, the majority faction of the Social Democratic Labour Party, led by Vladimir Lenin, then led a second revolution which overthrew the provisional government and established the Russian Socialist Federative Soviet Republic, beginning a civil war between pro-revolution Reds and counter-revolution Whites. The Red Army entered several territories of the former Russian Empire, and helped local Communists take power through soviets that nominally acted on behalf of workers and peasants. In 1922, the Communists were victorious, forming the Soviet Union with the unification of the Russian, Transcaucasian, Ukrainian, and Byelorussian republics   more
0 votes
0 comments
Soviet Union - Voter Comments
No Comments
Vote & Comment
9

Germany, officially the Federal Republic of Germany, is a federal parliamentary republic in western-central Europe consisting of 16 constituent states, which retain limited sovereignty. Its capital and largest city is Berlin. Germany covers an area ... of 357,021 square kilometres and has a largely temperate seasonal climate. With 80.6 million inhabitants, it is the most populous member state in the European Union. Germany is a major economic and political power of the European continent and a historic leader in many cultural, theoretical and technical fields. After the United States, Germany is the second most popular migration destination in the world.Various Germanic tribes have occupied what is now northern Germany and southern Scandinavia since classical antiquity. A region named Germania was documented by the Romans before AD 100. During the Migration Period that coincided with the decline of the Roman Empire, the Germanic tribes expanded southward and established kingdoms throughout much of Europe. Beginning in the 10th century, German territories formed a central part of the Holy Roman Empire   more
0 votes
0 comments
Germany - Voter Comments
No Comments
Vote & Comment
10

China, officially the People's Republic of China, is a sovereign state located in East Asia. It is the world's most populous country, with a population of over 1.35 billion. The PRC is a single-party state governed by the Communist Party, with its s... eat of government in the capital city of Beijing. It exercises jurisdiction over 22 provinces, five autonomous regions, four direct-controlled municipalities, and two mostly self-governing special administrative regions. The PRC also claims the territories governed by the Republic of China, a separate political entity commonly known as Taiwan today, as a part of its territory, which includes the island of Taiwan as Taiwan Province, Kinmen and Matsu as a part of Fujian Province and islands the ROC controls in the South China Sea as a part of Hainan Province, a claim which is controversial due to the complex political status of Taiwan.Covering approximately 9.6 million square kilometers, China is the world's second-largest country by land area, and either the third or fourth-largest by total area, depending on the method of measurement   more
0 votes
0 comments
China - Voter Comments
No Comments
Vote & Comment
Leave a comment...
(Maximum 900 words)

Debatasaurus says2015-06-23T17:21:02.5206244-05:00
Report Post
Also, please be specific. There have been many major events that have shaped today's world and you should refer to the ones that have influenced your decision.

Debatasaurus says2015-06-24T01:38:52.3191148-05:00
Report Post
I like your answer, Minnie.Xox. The UKs influence even now in the world is disproportionate to its size both in area and population. So it's probably down to the events of the past century.

58539672 says2015-06-24T21:19:09.6900696-05:00
Report Post
@dabate_power Terrorism, no. Stability, yes. We live in one of the most peaceful times in recent history. Currently their are only 15 actual wars going on right now, and nearly all of them are relatively small compared to pre-american dominance. And of those 15 wars, none are between two different states. They all consist of states fight terror groups, civil wars, rebellions, and other internal matters.
Privacy Policy | Terms of Use
Sitemap | View Desktop Version
©2020 Debate.org. All rights reserved.