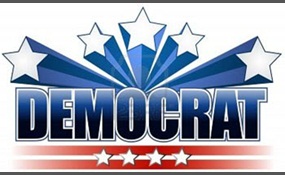 Which Democrat would you vote for in the U.S. Presidential 2016 race?

Pretty self-explanatory. Out of these Democrats, which would you most likely vote for?

I wouldn't vote for a Democrat in the first place (Republican)

You would rather vote a Republican than a Democrat.
13 votes
2 comments
I wouldn't vote for a Democrat in the first place (Republican) - Voter Comments

Elizabeth Ann Warren is an American academic and politician, who is the senior United States Senator from Massachusetts and a member of the Democratic Party. She was previously a Harvard Law School professor specializing in bankruptcy law. Warren is...  an active consumer protection advocate whose work led to the conception and establishment of the U.S. Consumer Financial Protection Bureau. She has written a number of academic and popular works, and is a frequent subject of media interviews regarding the American economy and personal finance.In the wake of the 2008 financial crisis, Warren served as chair of the Congressional Oversight Panel created to oversee the Troubled Asset Relief Program. She later served as Assistant to the President and Special Advisor to the Secretary of the Treasury for the Consumer Financial Protection Bureau under President Barack Obama. In the late 2000s, she was recognized by publications such as the National Law Journal and the Time 100 as an increasingly influential public policy figure.In September 2011, Warren announced her candidacy for the U.S. Senate, challenging Republican incumbent Scott Brown   more
7 votes
0 comments
Elizabeth Warren - Voter Comments
No Comments
Vote & Comment
3

Bernard "Bernie" Sanders is an American politician and the junior United States Senator from Vermont. Before serving in the Senate, he represented Vermont's at-large congressional district in the United States House of Representatives and served as ... mayor of Burlington, the largest city in Vermont. Sanders is a self-described democratic socialist, and has praised Scandinavian-style social democracy.Sanders runs for office as an independent but caucuses with the Democratic Party and is counted as a Democrat for purposes of committee assignments. He was the only independent member of the House during most of his service and is the longest-serving independent in U.S. Congressional history.In an interview with The Nation on March 6, 2014, Sanders stated that he is "prepared to run for President of the United States" in 2016   more
3 votes
1 comment
Bernie Sanders - Voter Comments

Joseph Robinette "Joe" Biden, Jr. Is the 47th and current Vice President of the United States, jointly elected with President Barack Obama. He is a member of the Democratic Party and was a United States Senator from Delaware from January 3, 1973, un... til his resignation on January 15, 2009, following his election to the Vice Presidency. In 2012, Biden was elected to a second term alongside Obama.Biden was born in Scranton, Pennsylvania, and lived there for ten years before moving to Delaware. He became an attorney in 1969, and was elected to the New Castle County council in 1970. Biden was first elected to the Senate in 1972 and became the sixth-youngest senator in U.S. history. He was re-elected to the Senate six times, and was the fourth most senior senator at the time of his resignation. Biden was a long-time member and former chairman of the Foreign Relations Committee. His strong advocacy helped bring about U.S. military assistance and intervention during the Bosnian War. He opposed the Gulf War in 1991. He voted in favor of the Iraq War Resolution in 2002, but later proposed resolutions to alter U.S. strategy there   more
3 votes
0 comments
Joe Biden - Voter Comments
No Comments
Vote & Comment
5

Hillary Diane Rodham Clinton is a former United States Secretary of State, U.S. Senator, and First Lady of the United States. From 2009 to 2013, she was the 67th Secretary of State, serving under President Barack Obama. She previously represented Ne... w York in the U.S. Senate. Before that, as the wife of President Bill Clinton, she was First Lady from 1993 to 2001. In the 2008 election, Clinton was a leading candidate for the Democratic presidential nomination.A native of Illinois, Hillary Rodham was the first student commencement speaker at Wellesley College in 1969 and earned a J.D. From Yale Law School in 1973. After a brief stint as a Congressional legal counsel, she moved to Arkansas and married Bill Clinton in 1975. Rodham cofounded Arkansas Advocates for Children and Families in 1977. In 1978, she became the first female chair of the Legal Services Corporation, and in 1979, the first female partner at Rose Law Firm. The National Law Journal twice listed her as one of the hundred most influential lawyers in America. As First Lady of Arkansas from 1979 to 1981 and 1983 to 1992 with her husband as Governor, she led a task force that reformed Arkansas's education system   more
3 votes
1 comment
Hillary Rodham Clinton - Voter Comments

I wouldn't vote for a Democrat in the first place (Other)

You would rather vote a Libertarian, Independent, etc. than a Democrat or Republican.
1 vote
1 comment
I wouldn't vote for a Democrat in the first place (Other) - Voter Comments

I would vote for another Democrat, not any of these

0 votes
0 comments
I would vote for another Democrat, not any of these - Voter Comments
No Comments
Vote & Comment
8

Martin Joseph O'Malley is an American politician and the 61st and current Governor of Maryland. First elected in 2006, he defeated incumbent Governor Robert Ehrlich, and again in a 2010 rematch. Prior to being elected as Governor, he served as the M... ayor of Baltimore from 1999 to 2007, having previously served as a Baltimore City Councilor from 1991 to 1999. A member of the Democratic Party, he served as the Chair of the Democratic Governors Association from 2011 to 2013.As Governor, in 2011 he signed a law that would make certain undocumented immigrants eligible for in-state college tuition on condition; and in 2012, he signed a law to legalize same-sex marriage in Maryland. Each law was challenged to a voter referendum in the 2012 general election and upheld by a majority of the voting public   more
0 votes
0 comments
Martin O'Malley - Voter Comments
No Comments
Vote & Comment
Leave a comment...
(Maximum 900 words)

tommytom says2015-04-24T20:11:29.2043066-05:00
Report Post
Brian, no one else in the Democratic Party has announced a candidacy yet other than Hillary Clinton. The reason I put people like Elizabeth Warren, despite her saying she will not run, is because the a lot of people are still hopeful about her. The rest are "likely" to run.

theisticscuffles says2015-04-24T21:58:48.9709166-05:00
Report Post
Well, so far it looks as though SNL got it right when they portrayed Hillary as laughing that she might have competition from Martin O'Malley.
Privacy Policy | Terms of Use
Sitemap | View Desktop Version
©2020 Debate.org. All rights reserved.