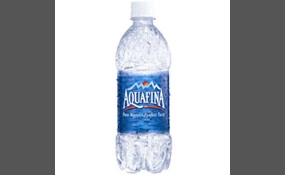 Which Drink Is Best?

KEH says2014-05-13T20:04:34.6444799-05:00
Report Post
Many beverages contain much sugar. The sugar may cause obesity. Some people believe that energy and sport drinks are healthier than pure water that is not true. The drinks like a Powerade, a Gatorade and Red bull also have much sugar for energy.

KingDebater369 says2014-05-13T22:35:54.6453262-05:00
Report Post
You need water to live... simple as that lol. But seriously though - the only reason I pick water is honestly because we can't survive on all of the other beverages. We can drink root bear or coca-cola for a while, but in the end we will all come back to drinking water no matter what.

Coca-Cola is a carbonated soft drink sold in stores, restaurants, and vending machines throughout the world. It is produced by The Coca-Cola Company of Atlanta, Georgia, and is often referred to simply as Coke. Originally intended as a patent medici... ne when it was invented in the late 19th century by John Pemberton, Coca-Cola was bought out by businessman Asa Griggs Candler, whose marketing tactics led Coke to its dominance of the world soft-drink market throughout the 20th century.The company produces concentrate, which is then sold to licensed Coca-Cola bottlers throughout the world. The bottlers, who hold territorially exclusive contracts with the company, produce finished product in cans and bottles from the concentrate in combination with filtered water and sweeteners. The bottlers then sell, distribute and merchandise Coca-Cola to retail stores and vending machines. The Coca-Cola Company also sells concentrate for soda fountains to major restaurants and food service distributors.The Coca-Cola Company has, on occasion, introduced other cola drinks under the Coke brand name. The most common of these is Diet Coke, with others including Caffeine-Free Coca-Cola, Diet Coke Caffeine-Free, Coca-Cola Cherry, Coca-Cola Zero, Coca-Cola Vanilla, and special versions with lemon, lime or coffee. In 2013, Coke products could be found in over 200 countries worldwide, with consumers downing more than 1.8 billion company beverage servings each day   more
9 votes
2 comments
Coca-Cola - Voter Comments

Root beer is a carbonated, sweetened beverage, originally made using the root of the sassafras plant as the primary flavor. Root beer, popularized in North America, comes in two forms: alcoholic and soft drink. The historical root beer was analogous...  to small beer in that the process provided a drink with a very low alcohol content. Although roots are used as the source of many soft drinks throughout the world, often different names are used   more
5 votes
4 comments
Root beer - Voter Comments

Jamie Aube is an American stock car racing driver. He raced in the NASCAR Grand National Division, Busch East Series, where he has won three consecutive championships. He also has one career win in the NASCAR Busch Series, at Oxford Plains Speedway ... in 1987.In 2003, Aube ran in the Craftsman Truck Series in a limited schedule, driving trucks fielded by Team Racing. In eleven starts, his best finish was seventeenth at New Hampshire International Speedway. He also served as crew chief on the team.In 2006 he returned to the NASCAR Busch East Series driving the #67 Chevrolet, garnering 1 top 10 in 7 starts.Following his retirement from NASCAR competition Aube worked as a crew chief in the K&N Pro Series East, as well as competing in selected American Canadian Tour races   more
3 votes
0 comments
Gatorade - Voter Comments
No Comments
Vote & Comment
5

Powerade is a sports drink manufactured and marketed by The Coca-Cola Company. First introduced in 1988, its primary competitor is PepsiCo's Gatorade brands. As of December 2010, Powerade has grown to take 21.7 percent of the United States market in...  the sports drink category, compared to Gatorade's 77.2 percent. In 2009, Powerade was relaunched as Powerade ION4, a formulation that contains four key electrolytes in the same ratio that is typically lost in sweat. PepsiCo sued The Coca-Cola Company, after ads were released claiming that Gatorade was an incomplete sports drink, since it only contained two of the four key electrolytes. The presiding judge ruled in favor of Coca-Cola, for a number of reasons: the ads were no longer running, Gatorade had made similar claims about their Endurance line, and Pepsi failed to show any harm or damage caused by the ads, which were only designed to run for sixty days   more
0 votes
0 comments
POWERade - Voter Comments
No Comments
Vote & Comment
Leave a comment...
(Maximum 900 words)

jessica044 says2014-06-17T07:11:31.8238117-05:00
Report Post
Hello dear My name is Jessica cudjoe I know that this email will meet you in a good health and also surprisingly but God has his own way of bringing people together. Nice to Meet you i wait impatiently to read from you I would appreciate if you send email to my private email box please reply me with this email ( jessicacudjoe16(at )hotmail.Com ) So I can send my pictures and explained more about me Yours Jessica
Privacy Policy | Terms of Use
Sitemap | View Desktop Version
©2021 Debate.org. All rights reserved.